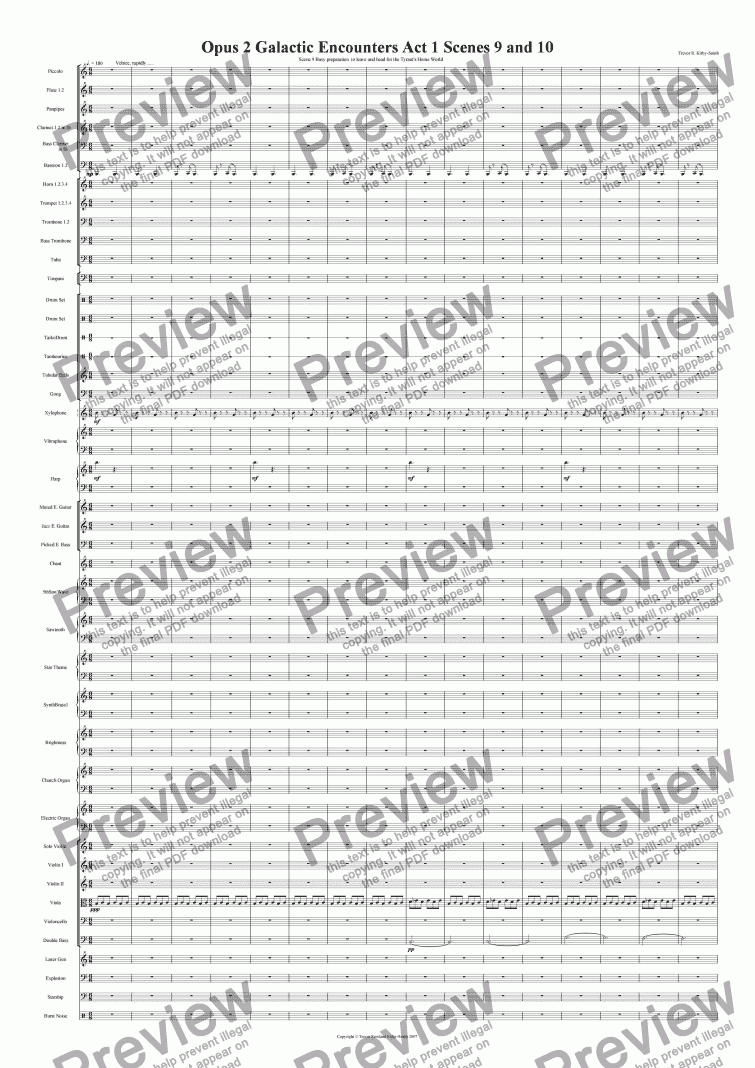 The Tyrant, General Klistonal, is stirring, and there is an ominous foreboding of evil forces preparing for battle. He is aware of the situation from his galaxian spies. He realises that the Princess has changed her allegiance, but he holds her father prisoner, a powerful bargaining position! Play mp3 for correct rendition. This scene concludes Act 1. To be continued�..

In order to submit this score to ScoreExchange.com Trevor Kirby-Smith has declared that they own the copyright to this work in its entirety or that they have been granted permission from the copyright holder to use their work. If you believe that this score should be not available here because it infringes your or someone elses copyright, please report this score using the copyright abuse form.