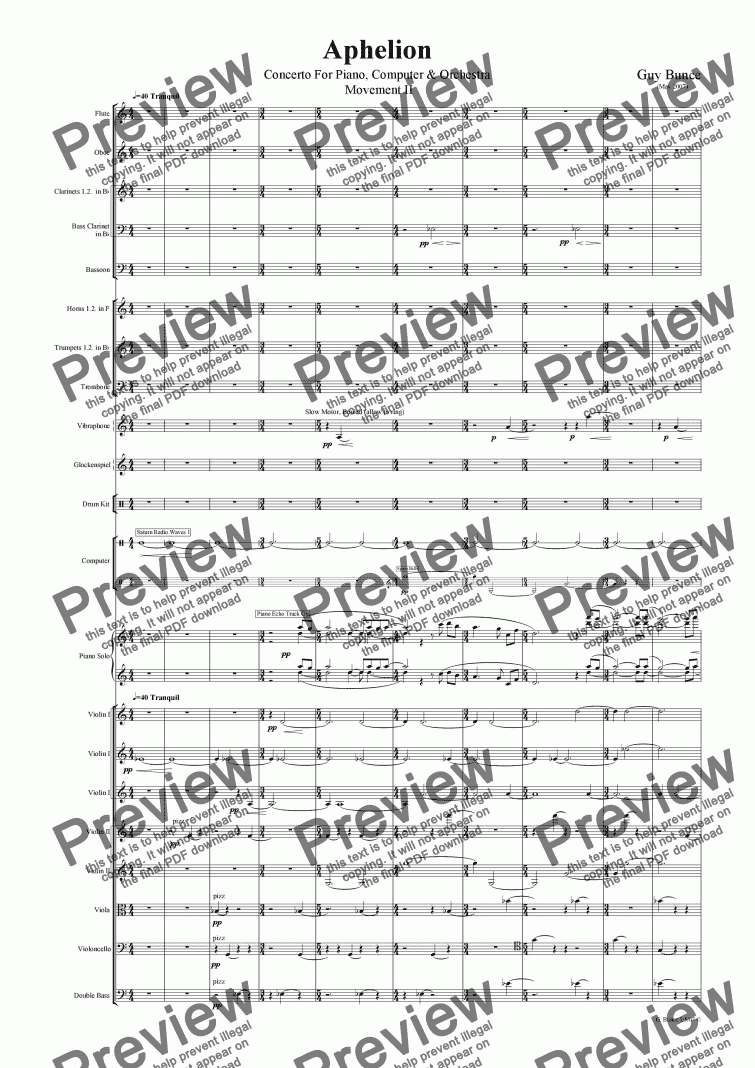 Aphelion is a concerto for Piano, Computer & Orchestra based around sounds collected from planets and satellites in our solar system. Scientists often translate the radio data they receive from celestial bodies into sound waves (a process called sonification) in order to better understand and interpret the data. A number of samples were collected and manipulated for the current piece including radio signals from Saturn, and remnants of the Big Bang and a black hole. In keeping with the celestial theme, Aphelion explores the concept of orbitation, through the use of cyclic themes and the sample of the satellite Sputnik which emerges from the texture at important structural places. The work was completed on the 1/5/07.

The second and third movements run without a break - the recording above is only the second movement. Parts and the computer files can be obtained by contacting me.