Sign in / Register
HomeInstrumentationsSolo instrument + pianoJazz it up: ’When the Saints Go Marching In’ for Bb Tenor Saxophone & Piano

Jazz it up: ’When the Saints Go Marching In’ for Bb Tenor Saxophone & Piano

By: trad.
For: Solo Tenor Saxophone + piano
This music is in your basket
View basket
Loading... 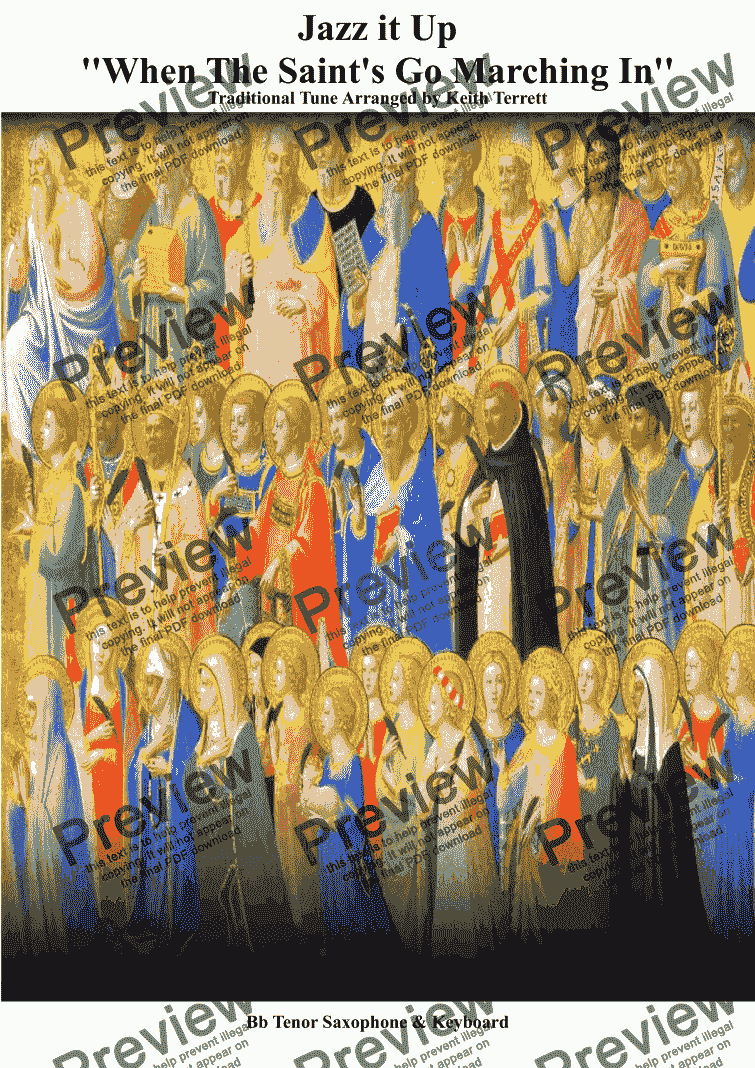 Jazz it up: ’When the Saints Go Marching In’ for Bb Tenor Saxophone & Piano

A version of When the Saint’s aimed at Tenor Saxophonists wishing to learn to improvise, and have some fun!

Reviews of Jazz it up: ’When the Saints Go Marching In’ for Bb Tenor Saxophone & Piano