Sign in / Register
HomeInstrumentationsBrass quintetWhat Shall We Do With The Drunken School Brass Quintet?

What Shall We Do With The Drunken School Brass Quintet?

By: Sea Shanty Arr:Keith Terrett
For: Brass quintet
This music is in your basket
View basket
Loading... 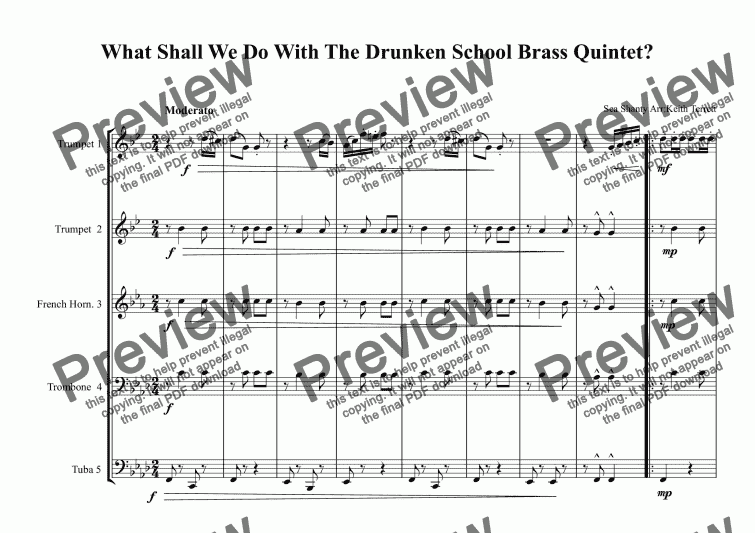 What Shall We Do With The Drunken School Brass Quintet?

Composer
Sea Shanty Arr:Keith Terrett
Arranger
Keith Terrett
Publisher
Music for all Occasions
Difficulty
Easy (Grades 1-3)
Duration
1 minute
Genre
Classical music
License details
For anything not permitted by the above licence then you should contact the publisher first to obtain permission.

Here is an easier version which would suit school brass ensembles/bands; of my ’What Shall We Do With A Drunken Brass Quintet’?

Great piece for your next concert!

Reviews of What Shall We Do With The Drunken School Brass Quintet?