By: trad.
For: Solo Clarinet in Bb + piano
This music is in your basket
View basket
Loading... 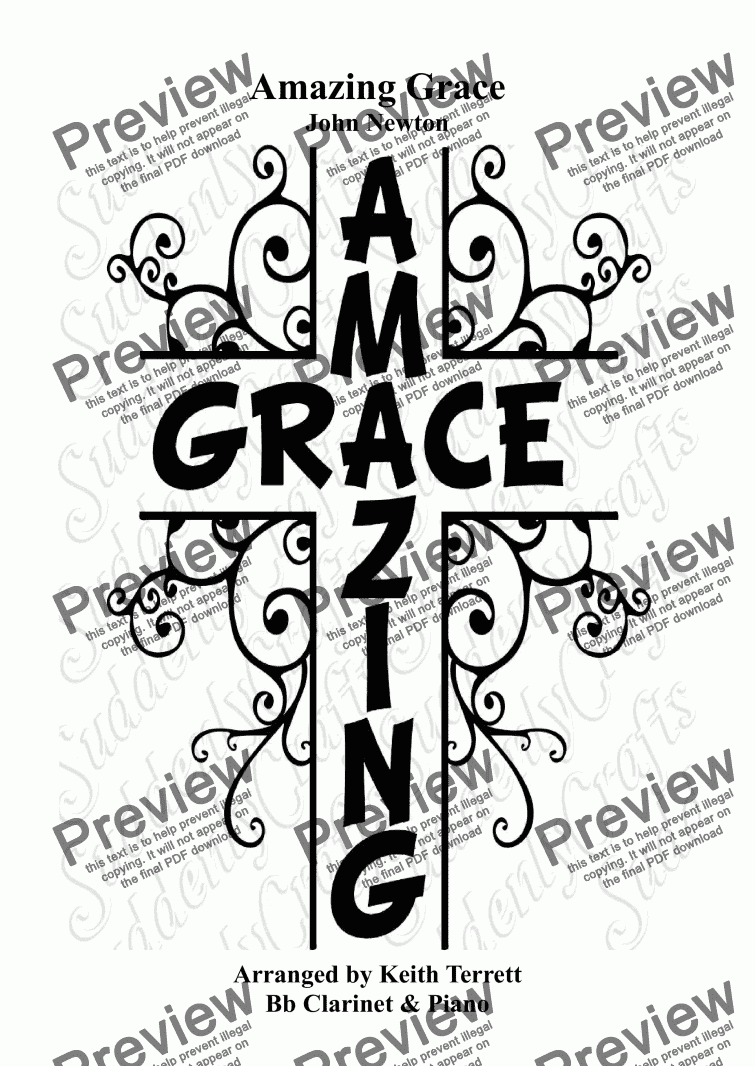 By: trad.
For: Solo Clarinet in Bb + piano

Composer
trad.
Arranger
Keith Terrett
Publisher
Music for all Occasions
Difficulty
Moderate (Grades 4-6)
Duration
2 minutes
Genre
Rock and Pop music
License details
For anything not permitted by the above licence then you should contact the publisher first to obtain permission.

Arranged for Bb Clarinet & Piano, "Amazing Grace" is a Christian hymn published in 1779, with words written by the English poet and Anglican clergyman John Newton (1725–1807). A new arrangement of this classic piece, arranged for solo Clarinet & Piano, featuring a Boggie Woogie style in the middle section! Great chart for your next concert, recital or just for fun. Newton wrote the words from personal experience. He grew up without any particular religious conviction, but his life's path was formed by a variety of twists and coincidences that were often put into motion by his recalcitrant insubordination. He was pressed (conscripted) into service in the Royal Navy, and after leaving the service, he became involved in the Atlantic slave trade. In 1748, a violent storm battered his vessel off the coast of County Donegal, Ireland, so severely that he called out to God for mercy, a moment that marked his spiritual conversion. He continued his slave trading career until 1754 or 1755, when he ended his seafaring altogether and began studying Christian theology.