Sign in / Register
HomeInstrumentationsSolo instrument + pianoWhat Shall We Do With The Drunken Viola Player?

What Shall We Do With The Drunken Viola Player?

By: Sea Shanty Arr:Keith Terrett
For: Solo Solo Viola + piano
This music is in your basket
View basket
Loading... 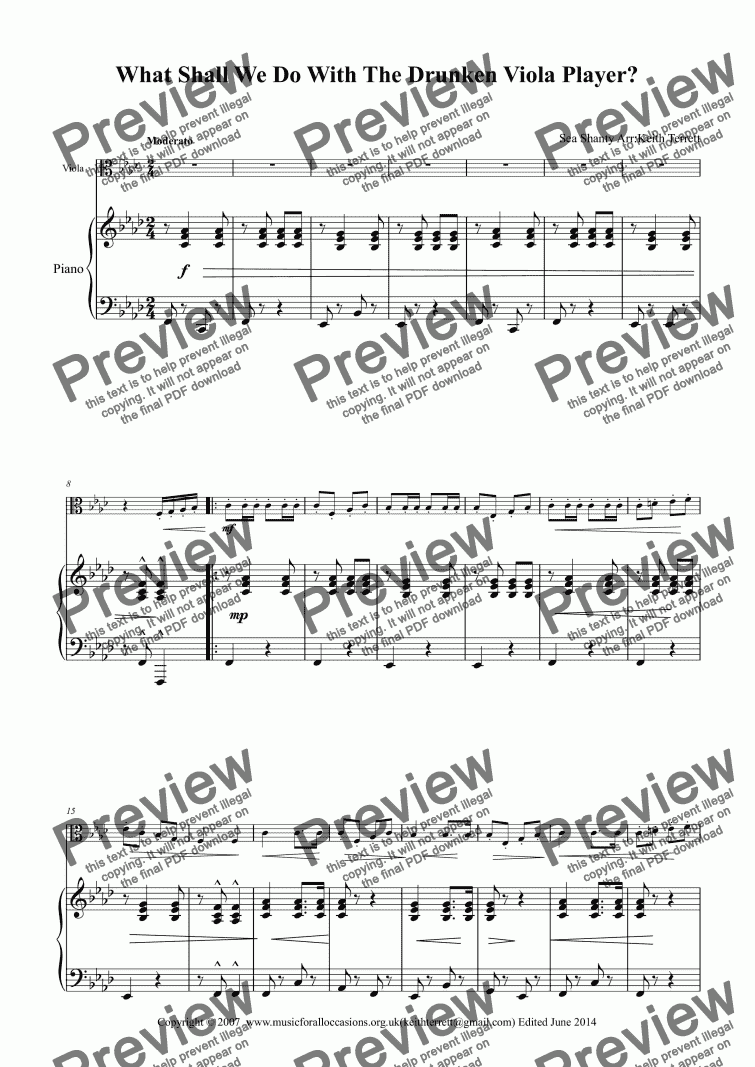 What Shall We Do With The Drunken Viola Player?

An arrangement of the popular English Sea Shanty ’What Shall We Do With The Drunken Sailor’ with variations, arranged for Viola and Piano.

Great chart for your next concert, your audience will love it!

Reviews of What Shall We Do With The Drunken Viola Player?