By: Keith Terrett
For: Orchestra
This music is in your basket
View basket
Loading... 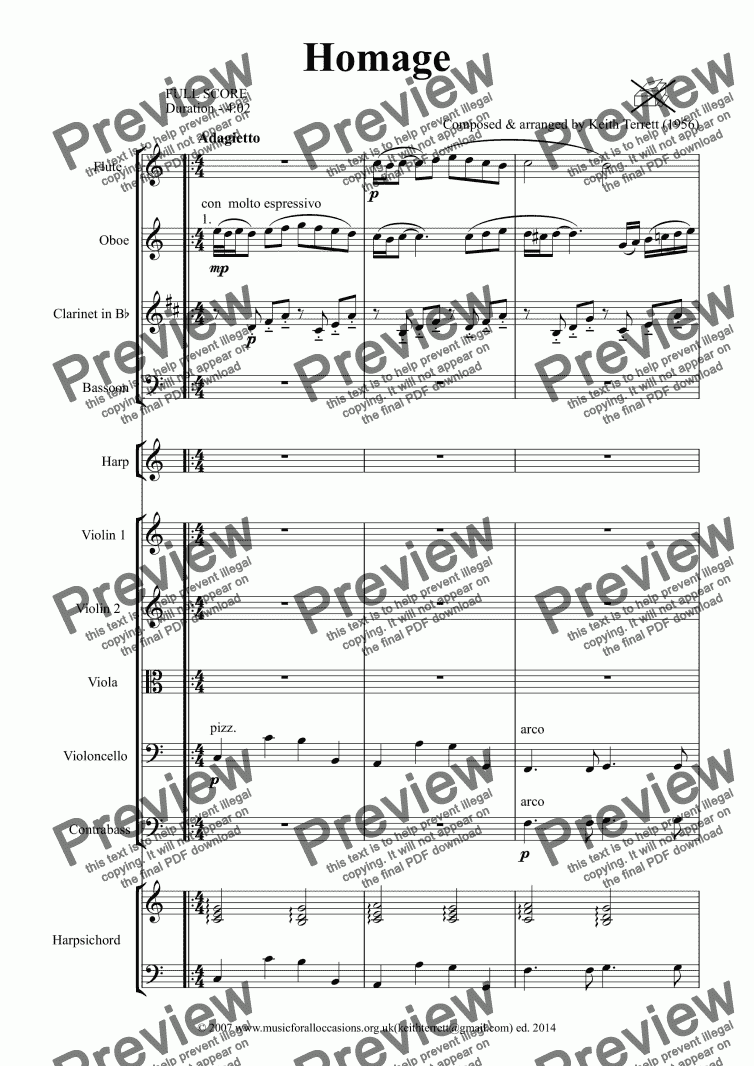 By: Keith Terrett
For: Orchestra

Composer
Keith Terrett
Year of composition
2007
Publisher
Music for all Occasions
Difficulty
Moderate (Grades 4-6)
Duration
3 minutes
Genre
Classical music
License details
For anything not permitted by the above licence then you should contact the publisher first to obtain permission.

An original work for composed for a String Orchestra with Woodwind; dedicated to the enfindsam style composers of the Classical period.

Reviews of Homage for Orchestra & Woodwind