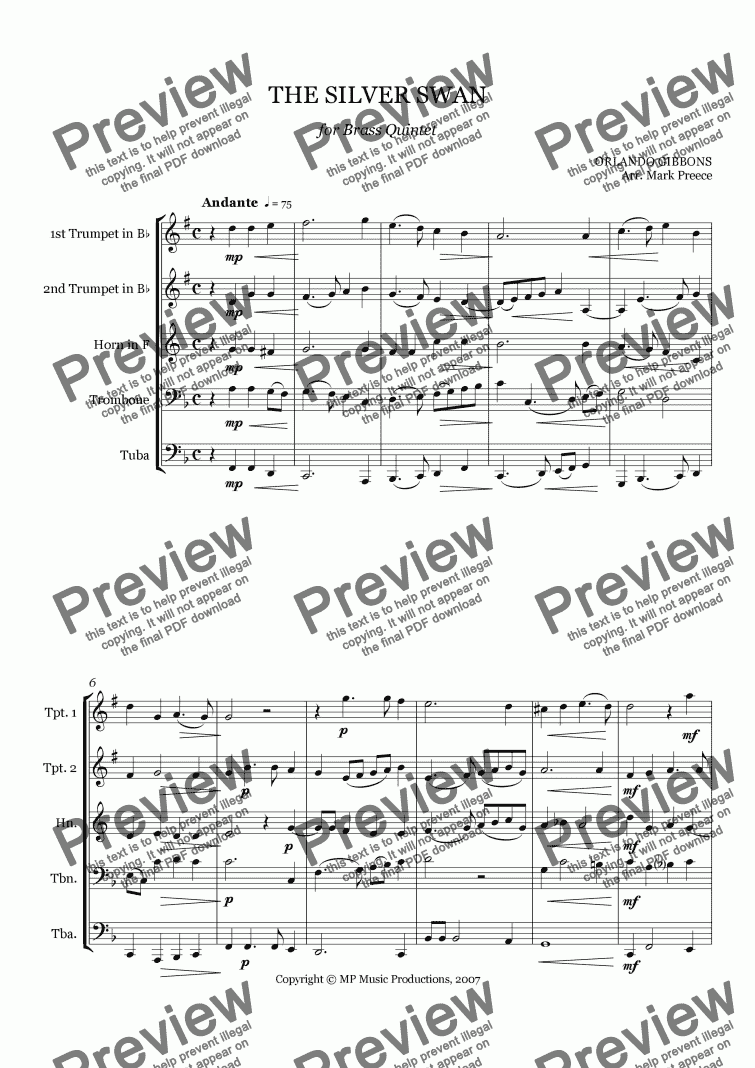 Here is an arrangement for brass quintet of the lovely piece (and poem), "Silver Swan" by Orlando Gibbons.

It is often credited to "Anonymous," but the Norton Anthology considers that Gibbons (1583-1625) wrote the words as well as the music. He was one of the last of the madrigalists and may have been "mourning the demise of his art," as Norton has it. But beyond being the leading composer of his generation he was also a pioneer of one of the greatest periods of chamber and sacred choral music under James I and Charles I, in which English composers continued to be pre-eminent in Europe. Perhaps Gibbons wasn’t talking about madrigals in particular so much as the Renaissance musical tradition which flourished under Elizabeth I, more broadly the Elizabethan efflorescence of the arts and letters in general, and more broadly still, the religious and political stability that Elizabeth maintained and the Stuarts squandered. By 1612 Shakespeare and his contemporaries were gone or soon to be so; the King James Bible had just been published in a vain attempt to resolve the religious tensions among people of various reforming and conserving tendencies; and Henry IV of France’s quip that James was the wisest fool in Christendom had already become famous.

In order to submit this score to ScoreExchange.com Mark Preece has declared that they own the copyright to this work in its entirety or that they have been granted permission from the copyright holder to use their work. If you believe that this score should be not available here because it infringes your or someone elses copyright, please report this score using the copyright abuse form.

Reviews of Gibbons - The Silver Swan