Sign in / Register
HomeInstrumentationsSolo instrument + pianoWhat Shall We Do With The Drunken Bassoonist?

What Shall We Do With The Drunken Bassoonist?

By: Sea Shanty Arr:Keith Terrett
For: Solo Bassoon + piano
This music is in your basket
View basket
Loading... 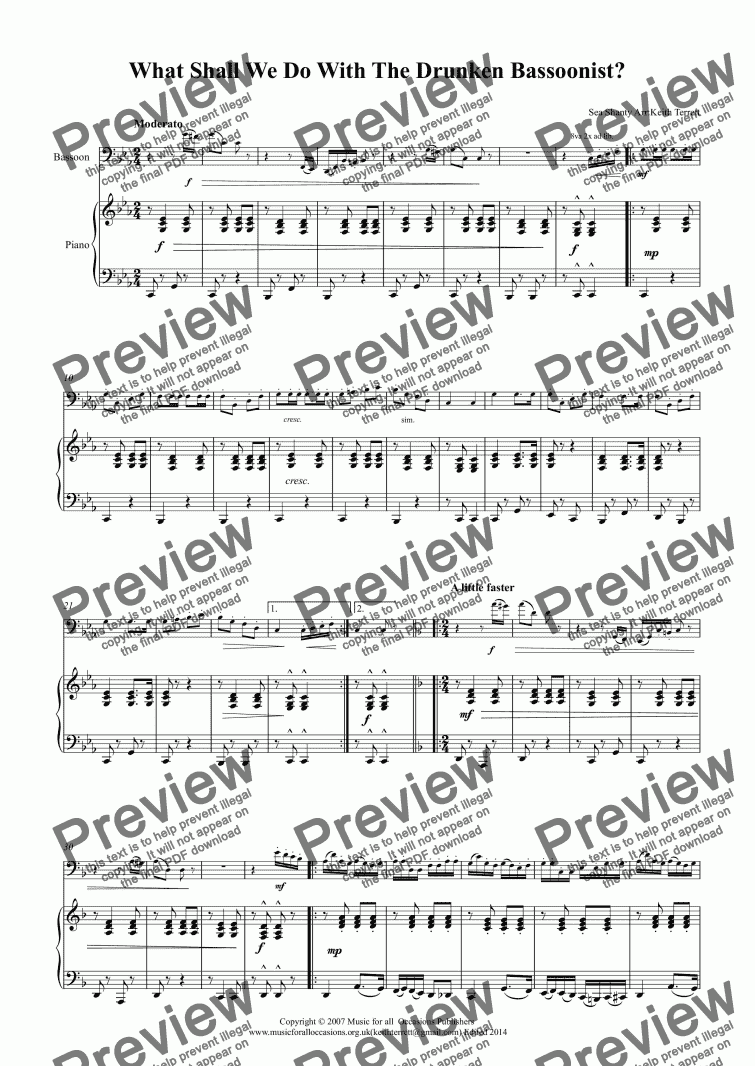 What Shall We Do With The Drunken Bassoonist?

Reviews of What Shall We Do With The Drunken Bassoonist?