My account
Help Contact
HomeInstrumentationsString quartetSullivan, A. - Chorale Prelude on 'The Lost Chord' - arr. for String Quartet by Gerald Manning

Sullivan, A. - Chorale Prelude on 'The Lost Chord' - arr. for String Quartet by Gerald Manning 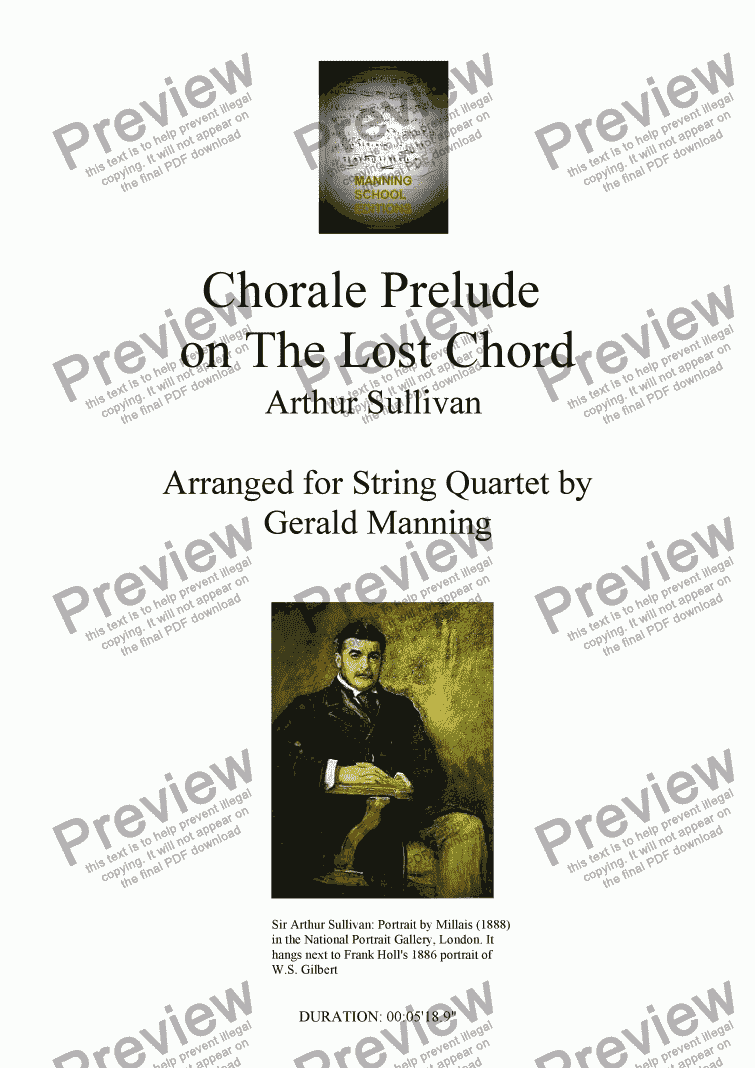 Arthur Sullivan was very close to his actor brother Fred, and had engaged him in several of the operas he had written up to his brother�s death on the 18th of January 1877. On January 13th during Fred�s last illness Arthur was at his dying brother�s bedside where it is reported he composed the work. The manuscript is dated January 13, 1877. "The Lost Chord" was immediately successful and became particularly associated with Sullivan's close friend and sometime mistress, Fanny Ronalds, who often sang it at society functions. The theme of The Lost Chord is legendary, something precious and magical that may only be discovered by chance. Sullivan was proud of the work and later noted: "I have composed much music since then, but have never written a second Lost Chord." The work has endured as one of Sullivan's best-known songs, and the setting is still performed today. 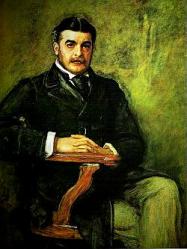 Reviews of Sullivan, A. - Chorale Prelude on 'The Lost Chord' - arr. for String Quartet by Gerald Manning