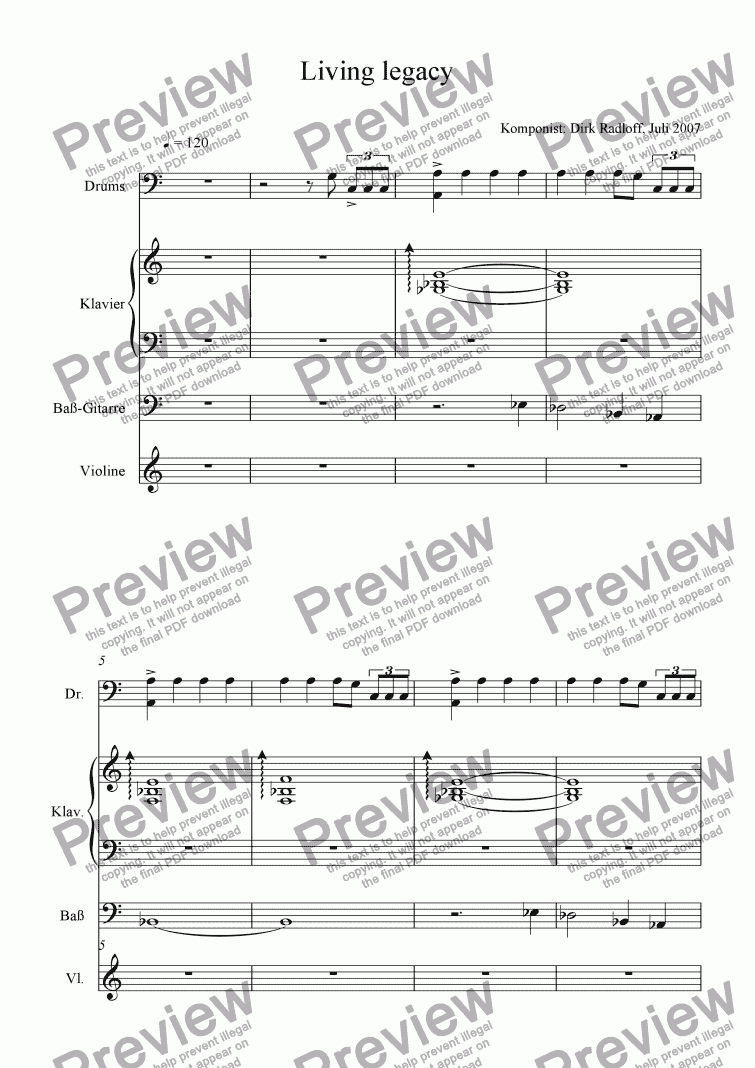 I wrote this piece as a soundtrack for a short movie. It was a work for a competition in writing a soundtrack, but after I had finished it i recognised, that you can also enjoy it without the movie, if I delete the cue-points and give it a straight tempo. So I have done this. Because of the story is still represented in the background I give a short summary: After the earth is destroyed by the third world-war all human beings have died, but a short time after a new race rises up: The so called "digital animals" are eating radioactivity and can exist because of it. Later ther exist a lot of differnt kinds of them and they start to battle about the radioactivity and only the strong survive. At last they have killed themselves, because one kind of them has eaten up all of the radioactivity and has noothing left for the others. So at the end the earth is empty again and there is space again for another kind of living. The music contains heterogeneous parts representing the different kinds of animals. You can find some Jazz, Rock, Modern classical and other influences.

In order to submit this score to ScoreExchange.com Dirk Radloff has declared that they own the copyright to this work in its entirety or that they have been granted permission from the copyright holder to use their work. If you believe that this score should be not available here because it infringes your or someone elses copyright, please report this score using the copyright abuse form.