HANDEL, G.F. - Where E'er You Walk from 'Semele' - arr. for Soprano & String Quartet by Gerald Manning 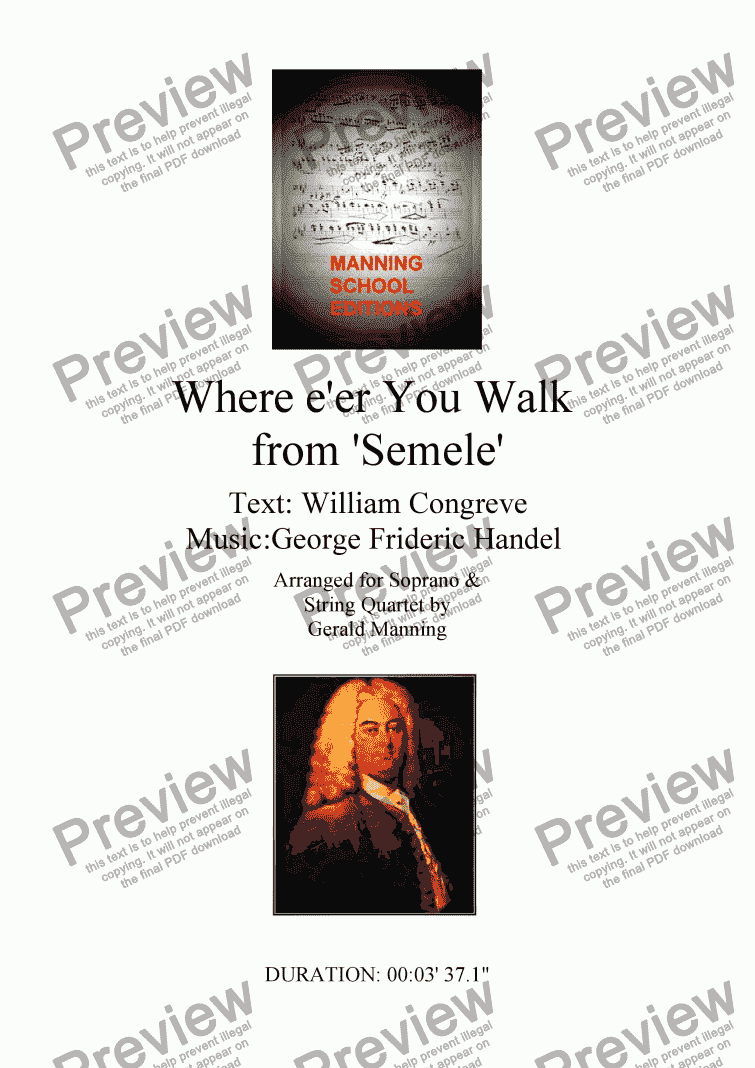 In 1743, Handel, just after composing his oratorio Samson ventured into the world of classical drama, when he decided to use William Congreve�s libretto for John Eccles opera Semele in 1707. Composing the music over a one-month period (from June 3 to July 4) in 1743,the work received its first performance in February 1744 at the Theatre Royal, Covent Garden, London. Although the work naturally took shape as an opera, Semele however was presented in the manner of an oratorio, and since it�s first performance has also found a niche in the concert repertoire, being championed and claimed by choral groups.

Reviews of HANDEL, G.F. - Where E'er You Walk from 'Semele' - arr. for Soprano & String Quartet by Gerald Manning