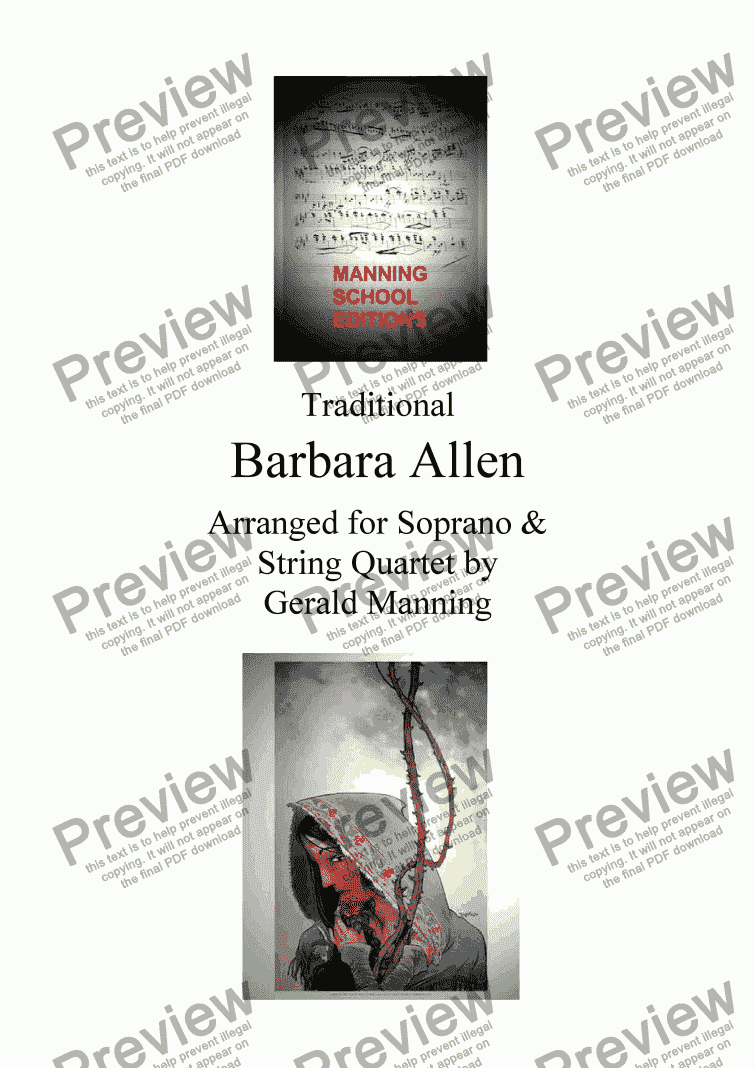 "The Ballad of Barbara Allen", also known as "Barbara Ellen", "Barb'ry Allen", "Barbriallen", etc., is a folk song known in dozens of versions. It has been classified as Child Ballad 84. The author is unknown, but the song may have originated in England, Ireland or Scotland. Most versions of "Barbara Allen" can be summarised thus: a young man is dying of unrequited love for Barbara Allen; she is called to his deathbed but all she can say is, 'Young man, I think you're dying.' When he dies, she is stricken with grief and dies soon after. Often, a briar grows from her grave and a rose from his, until they grow together. Not surprisingly, given that this is a ballad of unknown age and origin, largely passed down orally, the details of the story vary significantly in different printed and recorded versions. The setting is usually in the fictitious Scarlet Town (possibly a pun on the English town of Reading, pronounced "redding"), although London town and Dublin town are also popular. The action usually takes place "in the merry month of May" although some versions place it in the autumn. The young man who dies of a broken heart is usually called Sweet William or some slight variant such as young Willie Grove, sweet Willie Graeme. In other versions the name is Sir John Graeme. The version printed below calls him Jemmye Grove. Some longer versions of the ballad explain Barbara's "cruelty" by saying that she (mistakenly) believed that the young man slighted her first.The ballad of Barbara Allen was first printed in England in 1780 but had existed in oral versions at least a century before that date. The first known reference to the song has been found in Samuel Pepys� diary for 1666 where he refers to it as the "little Scotch song 'Barbary Allen'". 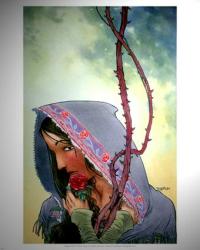