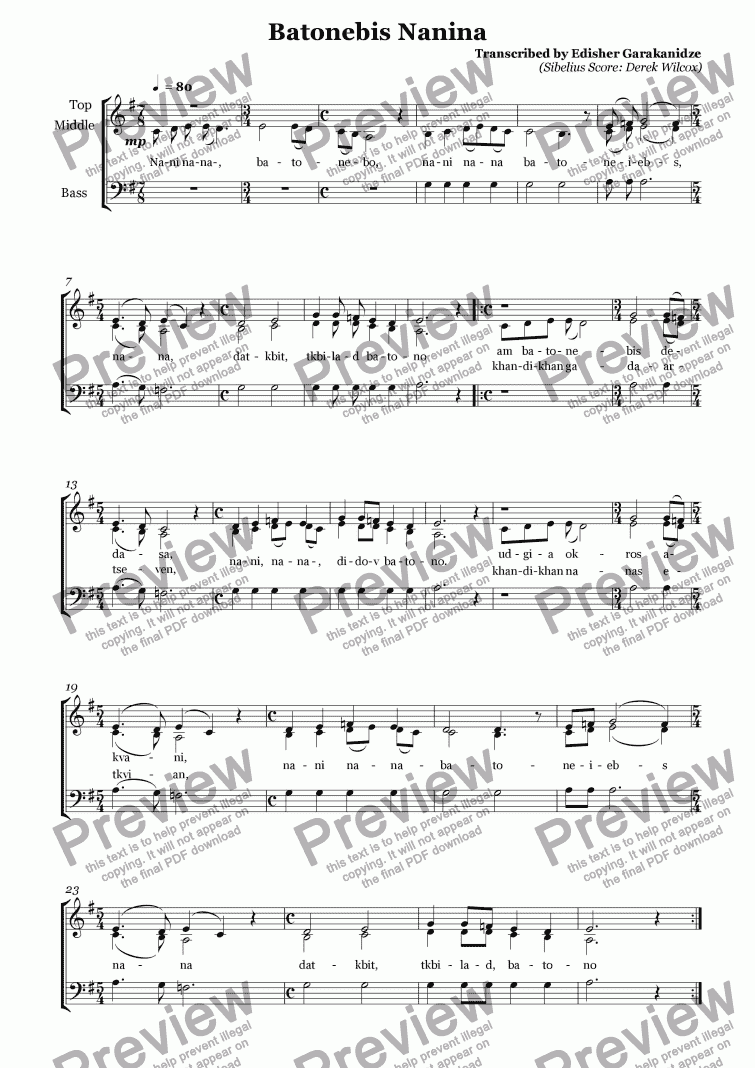 This is a beautiful example of the Nanina, a womens' song used in Georgia traditionally to aid the healing of a sick child. Women would surround the child with flowers, beautiful colours and sweet songs to the 'Batonebi' or Lords, who had brought the sickness on the child. This song was designed to capture the attention of the Batonebi, so that they would be so entranced by the music, flowers and colours that they would be drawn away from their purpose of making the child ill.

This is the very first Nanina that I learnt and it takes me back even now to France, which is where I learnt it with Frank Kane, who has devoted a large part of his life to Georgian singing.

A little comment on the pronunciation: sometimes you will see notes where there is just a single consonant in the lyrics. For example, at the end of bar 6 you have 'ne-i-eb-s'. The 's' is pronounced as a separate sylllable, much like the word 'se' in French, with a neutral vowel after the 's' sound. the same applies for all single consonants; 'tkbi-la-d' and 'di-do-v'. Good luck!

In order to submit this score to ScoreExchange.com Derek Wilcox has declared that they own the copyright to this work in its entirety or that they have been granted permission from the copyright holder to use their work. If you believe that this score should be not available here because it infringes your or someone elses copyright, please report this score using the copyright abuse form.