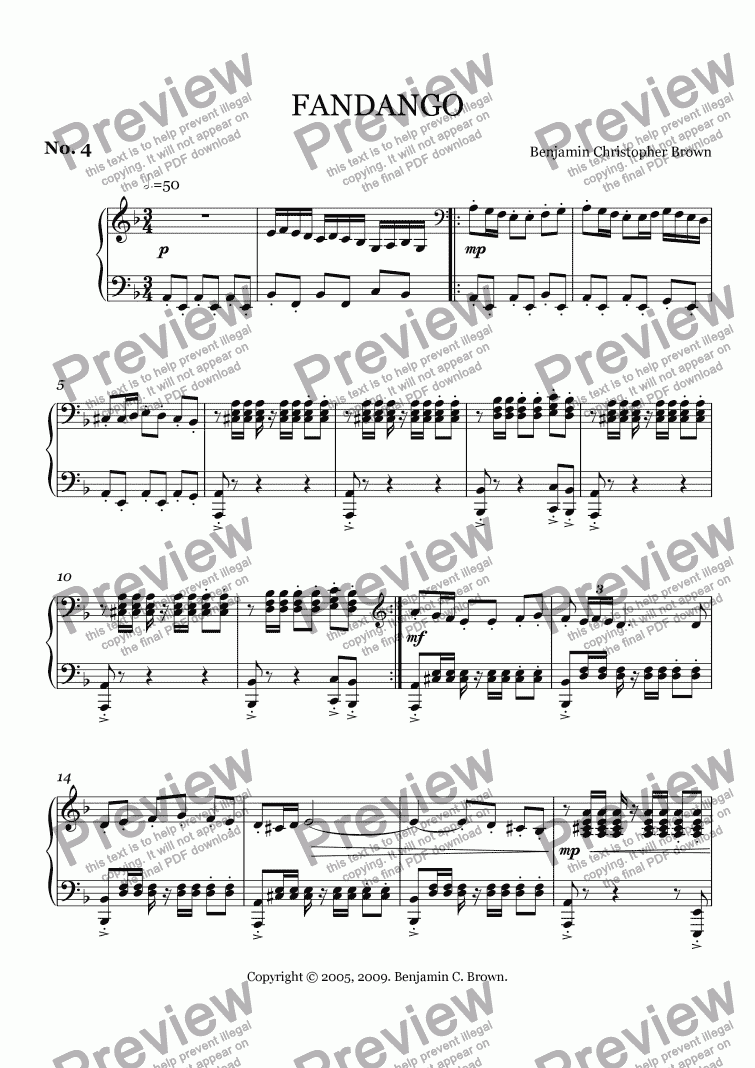 The "Fandango" is the second interlude dance which takes place after the second movement of "La Guerra de Espana," a tone poem for piano. My plan is to eventually score the entire work as a ballet with dialogue.

The over-arcing storyline behind this tone poem is the "Reconquista," a centuries-long struggle during which the Christians of the Iberian peninsula reclaimed the land from the Moors. The first two movements are set in times leading up to the present action: King Alfonso VIII of Castile is preparing for a battle at Las Navas de Tolosa. A soldier from his army has fallen in love with a captured Moorish princess. The love story is essentially the only fictional part.

Point in the story:

The first two interludes are in the present timeline of the story (1212). The Castilian soldier breaks the Moorish princess out of her imprisonment and they flee into the streets of Toledo. Hiding within the slave quarters, they dance a celebratory fandango.

In order to submit this score to ScoreExchange.com Benjamin Brown has declared that they own the copyright to this work in its entirety or that they have been granted permission from the copyright holder to use their work. If you believe that this score should be not available here because it infringes your or someone elses copyright, please report this score using the copyright abuse form.