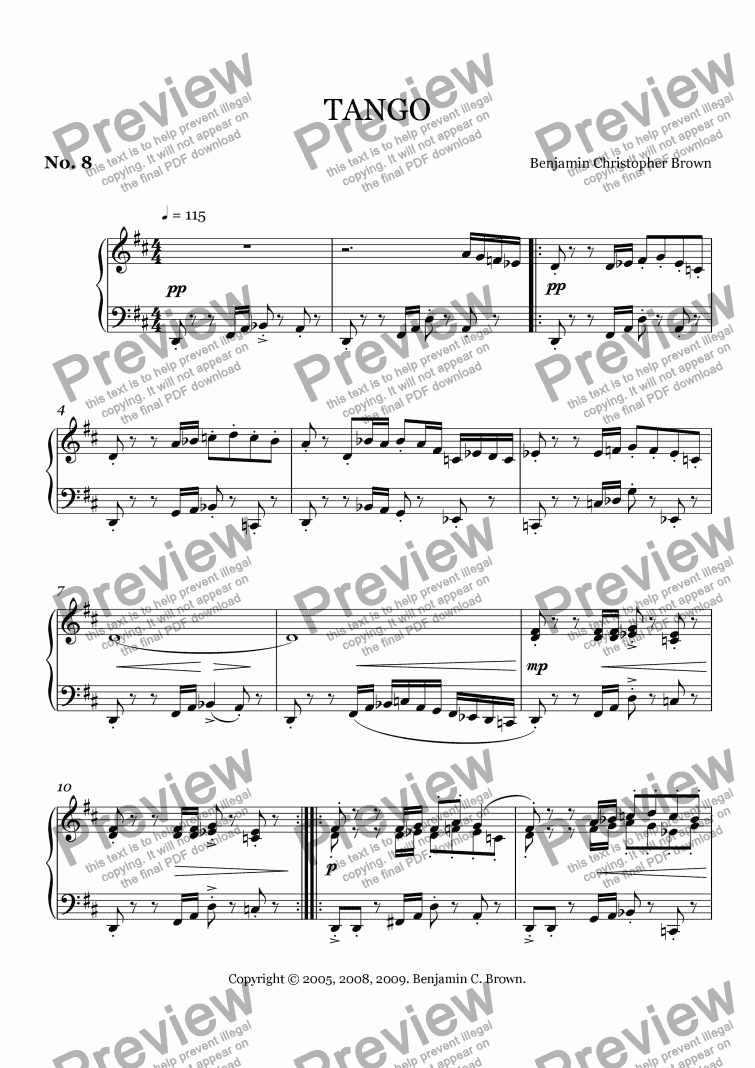 The Tango is the fourth and final interlude dance which occurs between the 4th and 5th movements of "La Guerra de Espa�a," a tone poem for piano. My plan is to eventually score it as a ballet with dialogue.

Point in the story:

The Battle of Las Navas de Tolosa proved a decisive victory for the Christian forces of Castile, Navarre, Portugal, and Aragon. A Castilian soldier, having abandoned his military duties to consummate his romantic relationship with a captured Moorish princess, realizes the severity of his treason and the likelihood that both he and the princess will be captured and executed. The two lovers dance one final, sensual tango before fleeing north.

In order to submit this score to ScoreExchange.com Benjamin Brown has declared that they own the copyright to this work in its entirety or that they have been granted permission from the copyright holder to use their work. If you believe that this score should be not available here because it infringes your or someone elses copyright, please report this score using the copyright abuse form.