By: Christopher Tye
For: Choir
This music is in your basket
View basket
Loading... 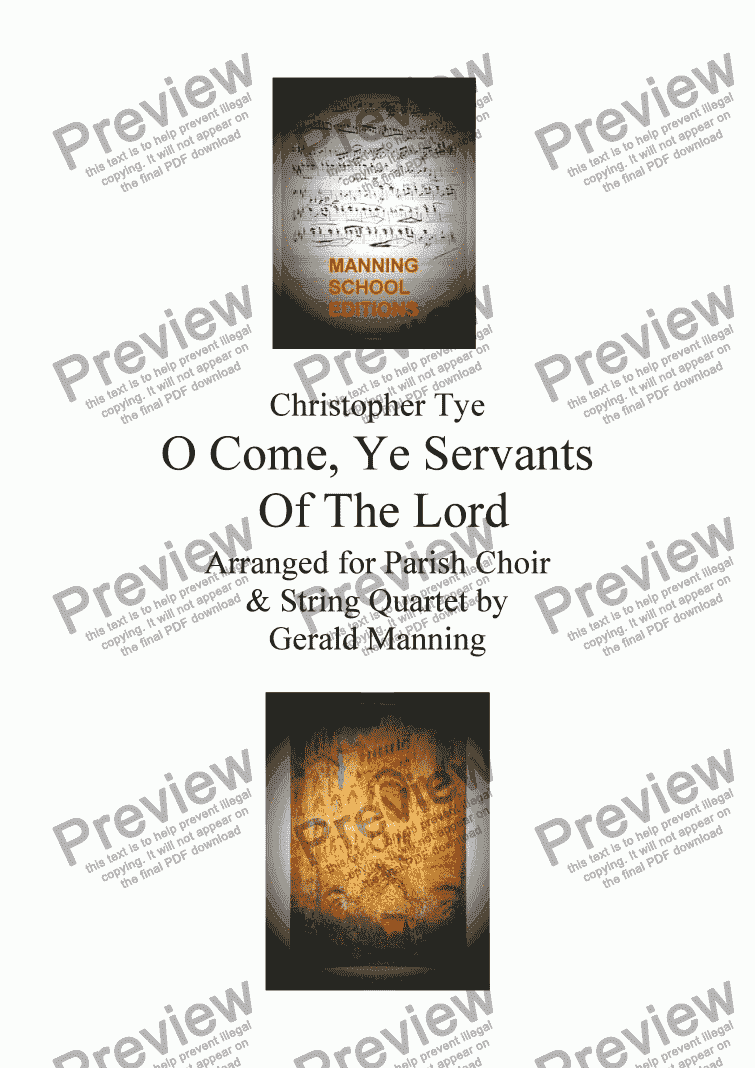 By: Christopher Tye
For: Choir

The English word �Anthem� has been derived from the Anglo-Saxon �antefen�, which in turn is from the Greek �antiphona�. Anthems evolved in relative independence of European idioms in the Anglican Church after the Reformation, and are one of the most characteristic of English musical forms, and are usually sung at a certain point in the service although they are not necessarily a part of the service as the Canticles and Psalms are. Of English origin an injunction was inserted into the Prayer Book in 1662 that �In quires and places where they sing, here followeth the anthem�.

Christopher Tye (c 1505�c 1572) was an English composer and organist, who studied at Cambridge University and in 1545 became a Doctor of Music both there and at Oxford. He was choirmaster of Ely Cathedral from about 1543 and also organist there from 1559. The title page to Tye's Actes of the Apostles (London 1553) describes him as one of the Gentlemen of his grace's most honourable chapel, and he may have been music teacher to King Edward VI, who reportedly quoted his father, Henry VIII, as saying England hath one God, one truth, one doctor hath for music's art, and that is Doctor Tye, admired for skill in music's harmony. Tye remained at Ely under the reign of the Catholic Queen Mary despite his apparent Protestant leanings. In 1560 or 1561 he resigned his post at Ely and took holy orders, becoming Rector of Doddington Cambridgeshire. He died in 1572 or 1573, apparently still active under Elizabeth, for Anthony Wood relates that �Dr Tye was a peevish and humoursome man, especially in his latter dayes, and sometimes playing on ye Organ in ye chap. of qu. Elizab. wh. contained much musick, but little of delight to the ear, she would send ye verger to tell him yt he play'd out of Tune: whereupon he sent word yt her ears were out of Tune.�