Sonata for Horn and Piano - II 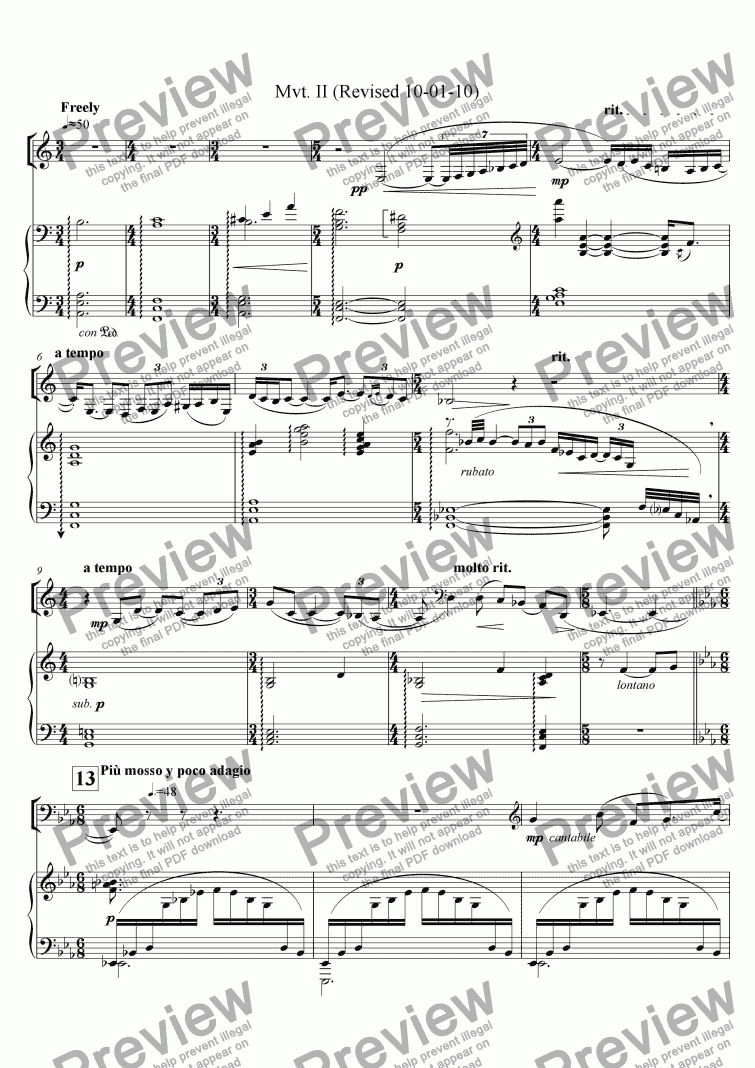 Being a hornist, sooner or later I would eventually end up composing for my instrument, and in 2007 after being inspired by Franz Strauss� Nocturno I began what became the second movement of this piece. A year later I completed the first movement. Both movements incorporate very many different musical styles and influences, a characteristic I particularly enjoy in my music.

The second movement opens with a free section inspired by the Impressionists, jazz, and my own piano improvisations. From there it transitions to a lyrical horn solo accompanied by piano, inspired by Franz Strauss� Nocturno. And just as it seems things are going to end happily, the mood changes as the introduction is restated but in a dark and somber way. Eventually it speeds up and modulates to a section inspired by Javanese gamelan. In the left hand, the pianist directly quotes a piece called �Ayak-ayakan slendro manyura,� used in wayang kulit (shadow puppet theater) using the black keys of the keyboard to emulate the slendro tuning system. Additional techniques such as tempo changes, rhythm breaks, and punctuation structure directly reflect the influence of Javanese gamelan. Finally, to end the movement, the pianist plays a figure not unlike the final gong hit of a gamelan piece.

Reviews of Sonata for Horn and Piano - II