My account
Help Contact
HomeInstrumentationsString quartetGilbert & Sullivan - Songs from the Savoy Operas - The Sorcerer - " Time was, when Love and I " - arr. for Tenor & String Quartet by Gerald Manning

Gilbert & Sullivan - Songs from the Savoy Operas - The Sorcerer - " Time was, when Love and I " - arr. for Tenor & String Quartet by Gerald Manning 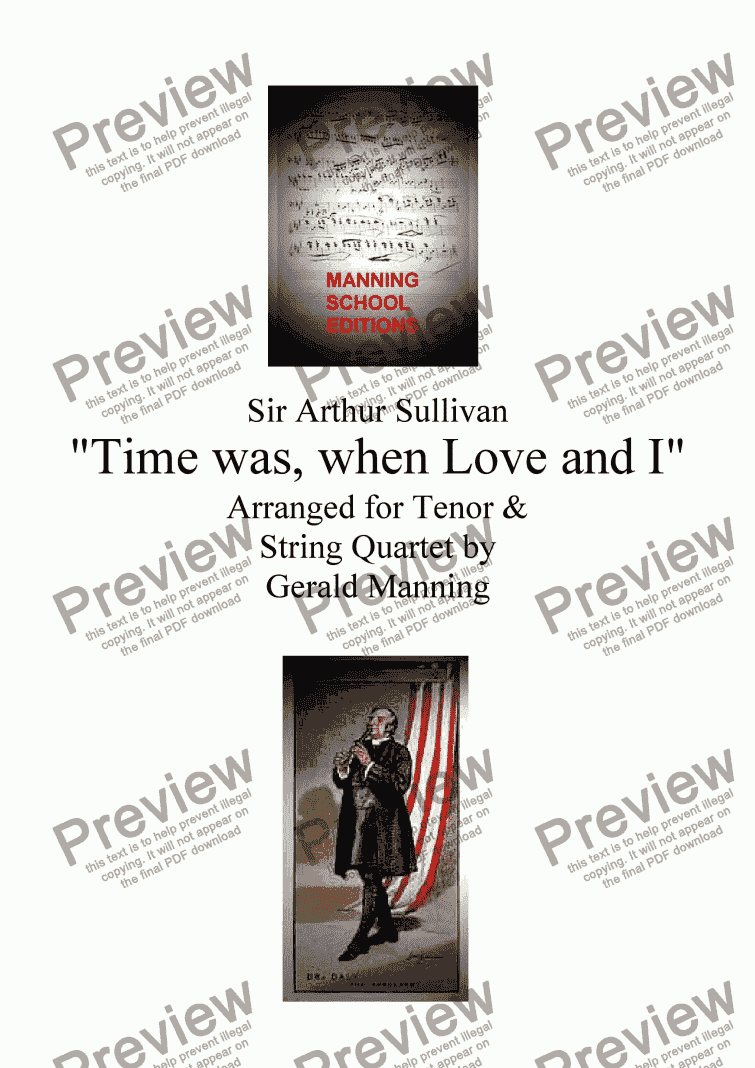 THE SORCERER (Opera Comique, November17, 1877) The collaboration between English composer and conductor Sir Arthur Sullivan and the librettist Sir William Gilbert produced a distinctive style of �Opera Comique� where the marriage of words and music produced a mixture of parody, burlesque and satire that achieved immense popularity in Britain and the USA. Sullivan met Gilbert shortly after his first success with his one-act comic opera Cox and Box in 1867 and their collaboration began in 1871 with the now lost work Thespis. After the immense success of Trial by Jury in 1875 the impresario Richard D�Oyly Carte formed a new company specially to perform the works of Gilbert and Sullivan, but in 1881 while Patience was still running the company moved into the new Savoy Theatre � hence the sobriquet now attached to those operas after this date. After the early and resounding success of their one-act opera Trial By Jury in 1875, Gilbert and Sullivan, and their producer Richard D'Oyly Carte, decided to produce a full-length work. Gilbert expanded on one of his earlier writings based on a favourite operatic theme to create a plot about a magic love potion that would result in everyone falling in love with the wrong partner. The Sorcerer was first produced at the Op�ra Comique, a charming little theatre in the Strand, on November 17, 1877. The original run of the piece was a satisfactory 175 performances, enough of a success to encourage Gilbert & Sullivan to continue to collaborate, which led to their next piece, H.M.S. Pinafore. And the rest, as they say, is history.

Reviews of Gilbert & Sullivan - Songs from the Savoy Operas - The Sorcerer - " Time was, when Love and I " - arr. for Tenor & String Quartet by Gerald Manning