By: Johannes Brahms
For: String quartet
This music is in your basket
View basket
Loading... 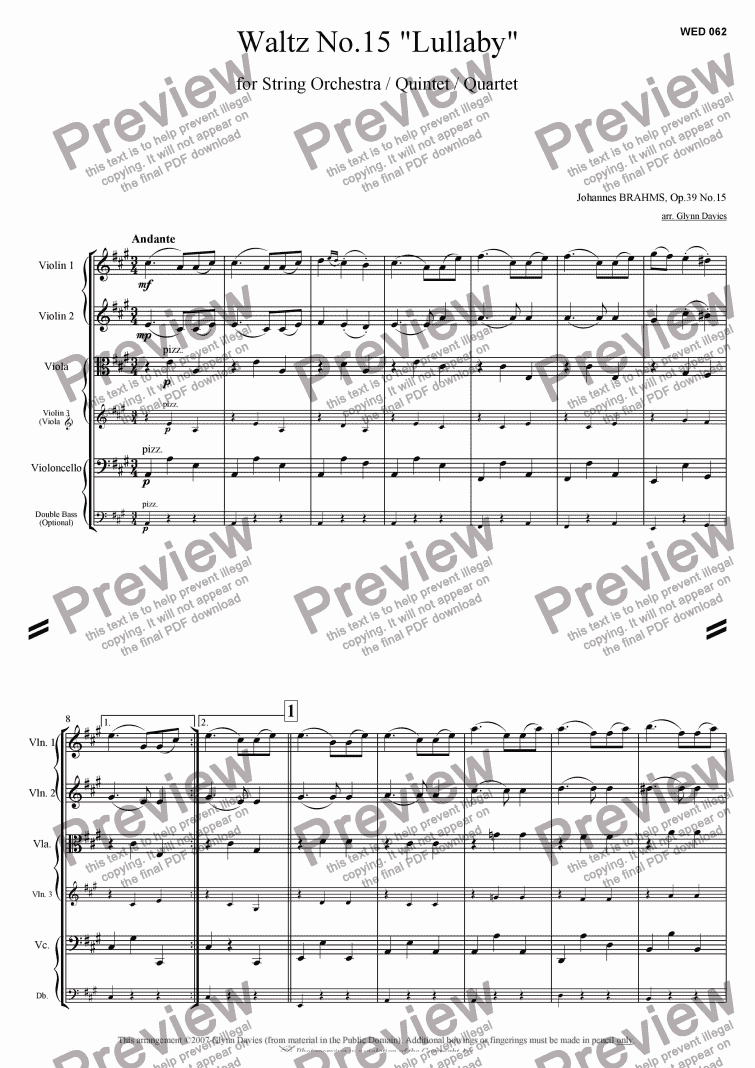 By: Johannes Brahms
For: String quartet

Composer
Johannes Brahms
Year of composition
1865
Arranger
Glynn Davies
Difficulty
Moderate (Grades 4-6)
Duration
1 minute
Genre
Classical music
License details
For anything not permitted by the above licence then you should contact the publisher first to obtain permission.

In 1865 Brahms composed his Op. 39 set of waltzes, making dual versions of all 16, the first for piano, four hands, and the second for solo piano. Later he transcribed Nos. 1, 2, 8, 11, and 14 for two pianos. There are two main differences between the first two versions of the Waltz in A major: the solo piano version is in the key of A flat major and is, not surprisingly, simpler and more texturally transparent. To casual listeners though, the differences in sound between the pair would be negligible. Structurally, too, the pair are identical, and the solo version might better be described as a transcription via reduction of the original.

The Waltz begins with a serene, somewhat mesmerizing theme that manages to exude both Viennese elegance and child-like simplicity. The melody yields a second subject of sorts: here, the theme is developed somewhat and given a fuller, more stately character, with the main line moving largely into the upper register. The exposition material is repeated and then the main theme is heard a final time, wherein its music becomes even lighter and more childlike, the writing again rising higher on the keyboard, now to impart a gently playful, rather innocent character.