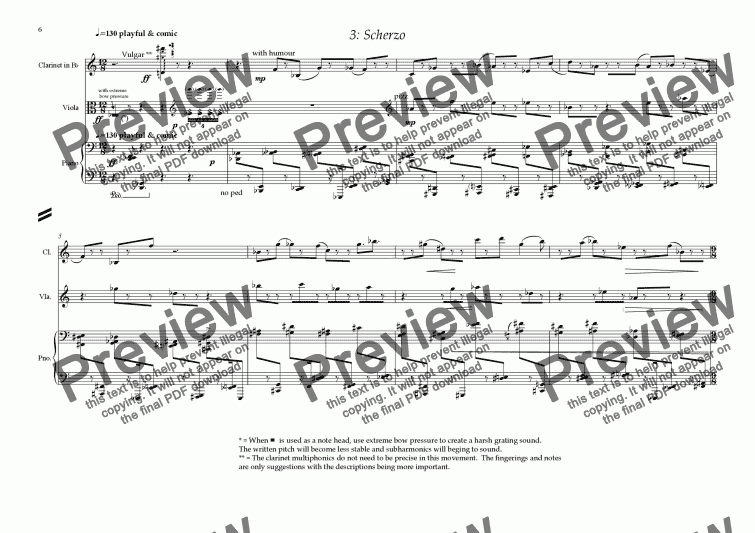 Composer
Guy Bunce
Year of composition
2008
Publisher
Enigma Publishing
Difficulty
Difficult (Grades 7+)
Duration
1 minute
Genre
Modern classical music
License details
For anything not permitted by the above licence then you should contact the publisher first to obtain permission.

Scherzo Scherzo is the most highly structured of the seven movements with all the material derived from the clarinet melody (bb2-9) which in turn is derived from the whole works pitch rows.�The movement unites the three instruments with the common goal of humour and explores the timbres that each instrument has to offer this end.�Vulgar colours should be used with frequent, almost cartoon-like, abrupt changes throughout.