BRASS BAND - Overture to ’The Abduction From The Seraglio’ 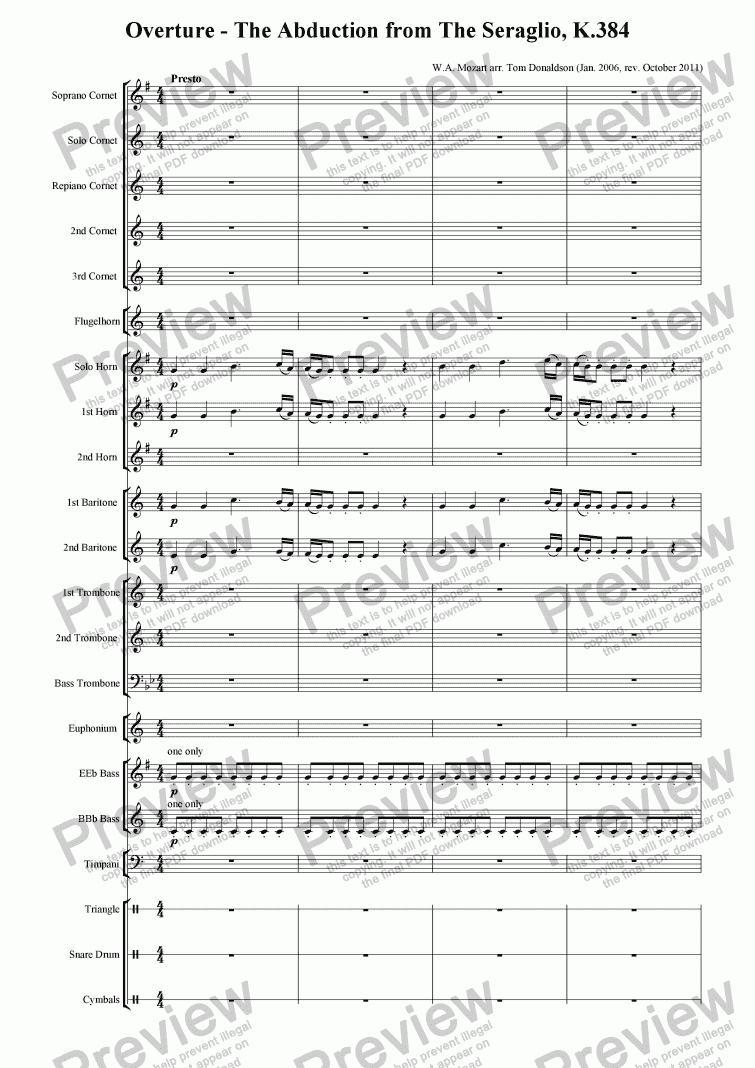 This is my original version of Mozart’s overture ’The Abduction From The Seraglio’ which was later custom modified for the Scottish Co-op Band (conducted by Allan Ramsay) and published by Thistledown Music (and distributed by several online companies). This version has all the ornamentation written out in full for performance purposes. It also won ’best overture’ in the 2006 West Lothian Challenge and was broadcast on a Radio Scotland classical programme later that year (… the broadcast performance is now the mp3 playback file).

I have decided to revise this score because I feel that more breathing space could be given to players. Thinning out doesn’t make the notes any easier though …

Reviews of BRASS BAND - Overture to ’The Abduction From The Seraglio’