My account
Help Contact
HomeInstrumentationsString quartetGilbert & Sullivan - Songs from the Savoy Operas - " My name is John Wellington Wells" from The Sorcerer - arr. for Tenor & String Quartet by Gerald Manning

Gilbert & Sullivan - Songs from the Savoy Operas - " My name is John Wellington Wells" from The Sorcerer - arr. for Tenor & String Quartet by Gerald Manning 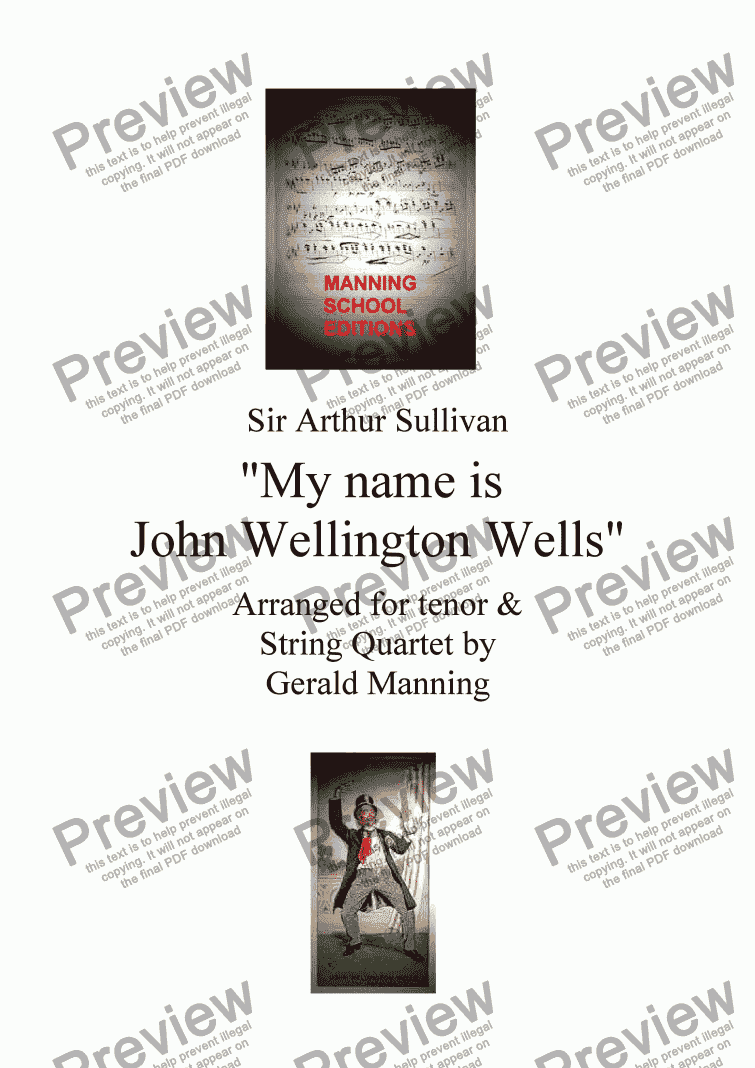 The collaboration between English composer and conductor Sir Arthur Sullivan and the librettist Sir William Gilbert produced a distinctive style of �Opera Comique� where the marriage of words and music produced a mixture of parody, burlesque and satire that achieved immense popularity in Britain and the USA. Sullivan met Gilbert shortly after his first success with his one-act comic opera Cox and Box in 1867 and their collaboration began in 1871 with the now lost work Thespis. After the immense success of Trial by Jury in 1875 the impresario Richard D�Oyly Carte formed a new company specially to perform the works of Gilbert and Sullivan, but in 1881 while Patience was still running the company moved into the new Savoy Theatre � hence the sobriquet now attached to those operas after this date. The Grand Duke was the final collaboration between Gilbert and Sullivan, and was a failure. Julia Jellicoe, an English comedienne when she seems to have lost her fianc� and a chance to share the ducal throne, sings, �So ends my dream�.

These arrangements of some of the best-known songs from the near-legendary operettas of Gilbert & Sullivan are suitable for small chamber troupes, as a means of bringing the very best of English light opera into intimate surroundings. Suitable for amateur and professional performance or reading, each song whether it be solo, duet, trio, quartet and chorus are presented uncut, unedited and in the original key from Sullivan�s original scores, however the libretto has not always survived in a reliable form, and Savoyards may notice a discrepancy in the texts as they are performed today.

Reviews of Gilbert & Sullivan - Songs from the Savoy Operas - " My name is John Wellington Wells" from The Sorcerer - arr. for Tenor & String Quartet by Gerald Manning