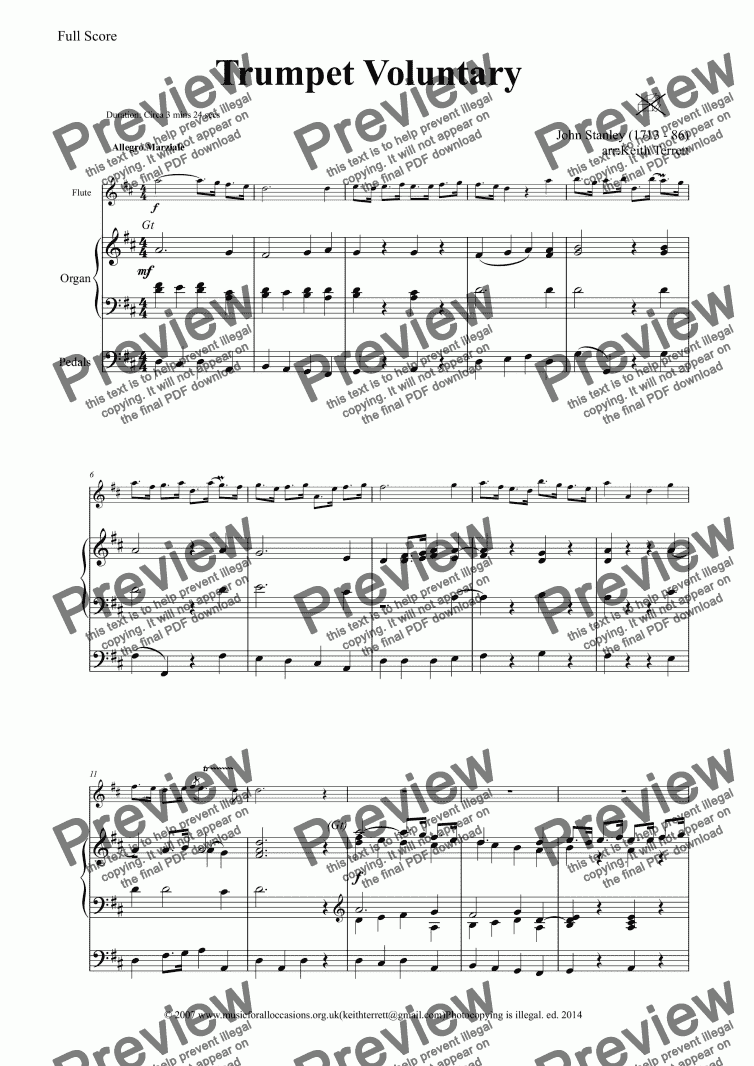 Composer
John Stanley
Arranger
Keith Terrett
Lyricist
Keith Terrett
Publisher
Music for all Occasions
Difficulty
Difficult (Grades 7+)
Duration
3 minutes
Genre
Classical music
License details
For anything not permitted by the above licence then you should contact the publisher first to obtain permission.

A new arrangement of this popular voluntary, arranged for solo Flute & Organ.

My thanks are extended to David Wheatley, for permitting me to study his Organ writing in depth.