By: John Stanley (1713-86) arranged by Keith Terrett
For: Duet of Pianos
This music is in your basket
View basket
Loading... 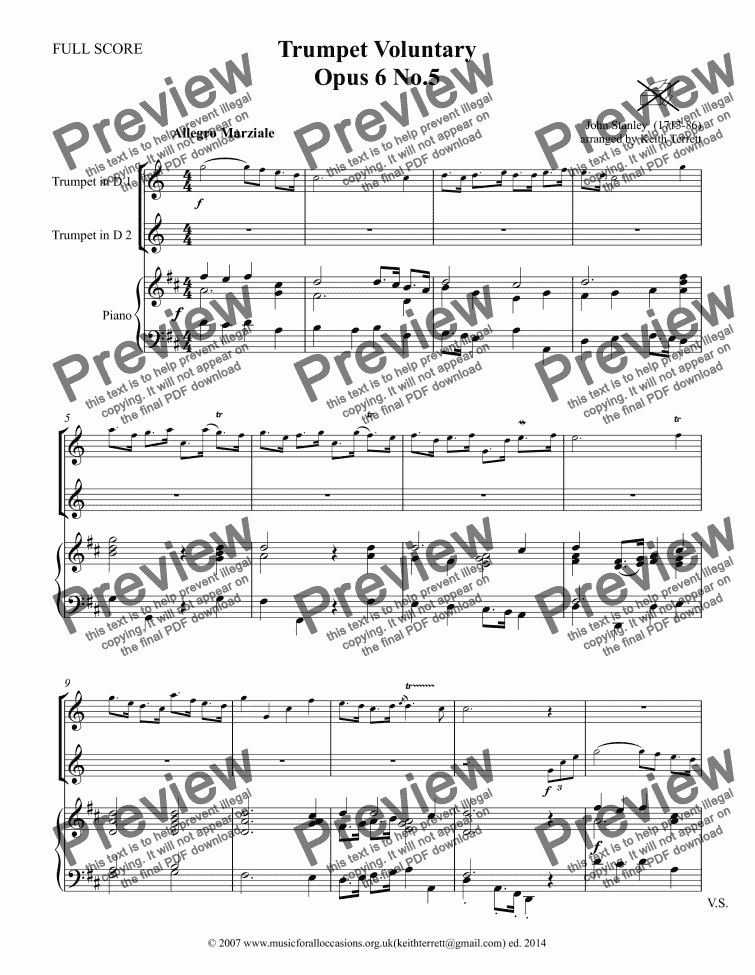 Composer
John Stanley (1713-86) arranged by Keith Terrett
Arranger
Keith Terrett
Publisher
Music for all Occasions
Difficulty
Difficult (Grades 7+)
Duration
3 minutes
Genre
Classical music
License details
For anything not permitted by the above licence then you should contact the publisher first to obtain permission.

This arrangement would suit professional players who relish playing in the clarino tessitura.

Versions are available in lower keys for semi-pro and younger players.

There are also versions for two Trumpets & Organ.

Parts in any transposition you require on request.

Stanley’s works include the opera Teraminta, the dramatic cantata The Choice of Hercules, twelve other cantatas with texts by John Hawkins, the oratorios Jephtha, The Fall of Egypt and Zimri, and instrumental music, notably three volumes of Voluntaries for organ (1748, 1752, and 1754). Nearly all of the voluntaries feature a short, slow introduction followed by either a solo-stop movement (such as the so called trumpet voluntaries) or a fugue.