By: John Stanley
For: Solo Solo Violin + piano
This music is in your basket
View basket
Loading... 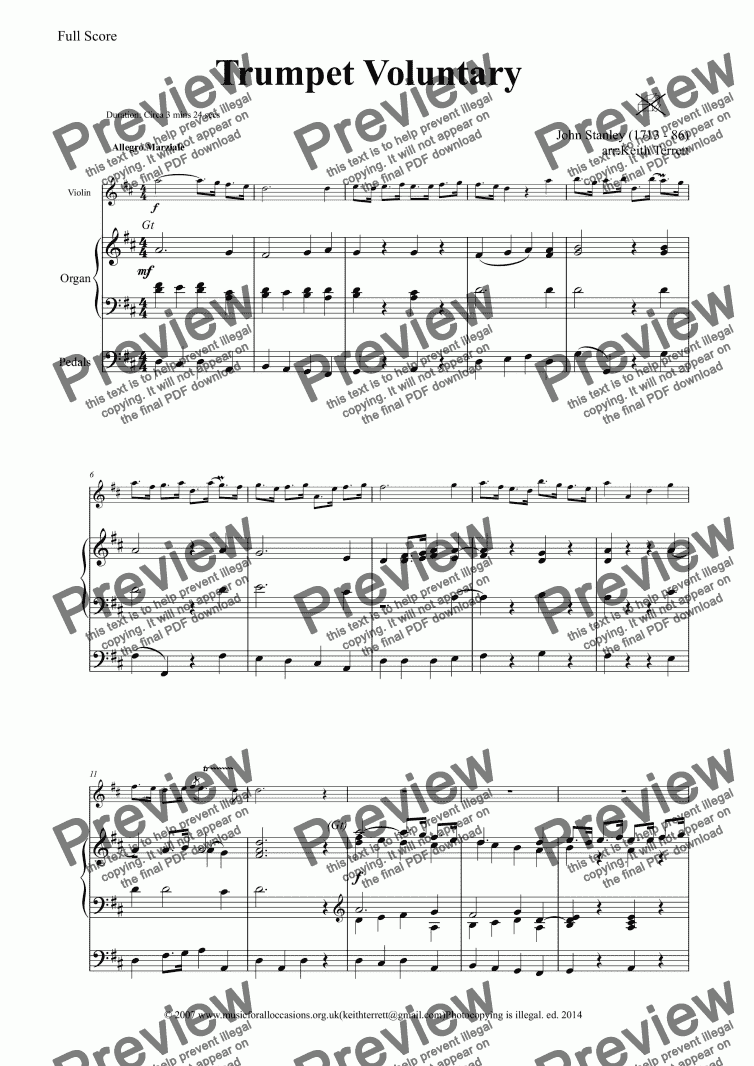 Composer
John Stanley
Lyricist
Keith Terrett
Publisher
Music for all Occasions
Difficulty
Difficult (Grades 7+)
Duration
3 minutes
Genre
Classical music
License details
For anything not permitted by the above licence then you should contact the publisher first to obtain permission.

An arrangement of the Stanley Trumpet Voluntary arranged for solo Violin and Organ.

Great piece for a wedding processional, or for a concert.

This regal processional by the English composer John Stanley, a contemporary of Handel, was originally composed for Organ, on which the melody was typically played on the Trumpet or Cornet stop.