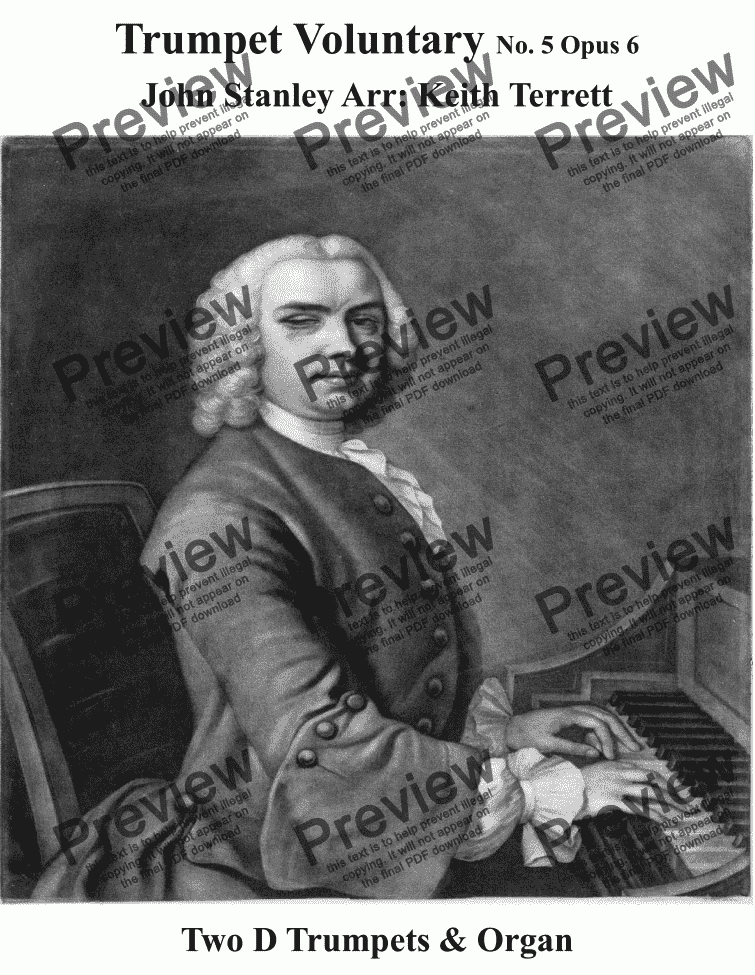 Composer
John Stanley
Year of composition
1747
Arranger
Keith Terrett
Year of arrangement
2017
Publisher
Music for all Occasions
Difficulty
Difficult (Grades 7+)
Duration
3 minutes
Genre
Classical music
License details
For anything not permitted by the above licence then you should contact the publisher first to obtain permission.

An arrangement for two Trumpets & Organ of John Stanley’s Trumpet Voluntary; which will suit professional players with good chops!

Other versions are available in alternative keys for amateur and young players in my Sibelius store.