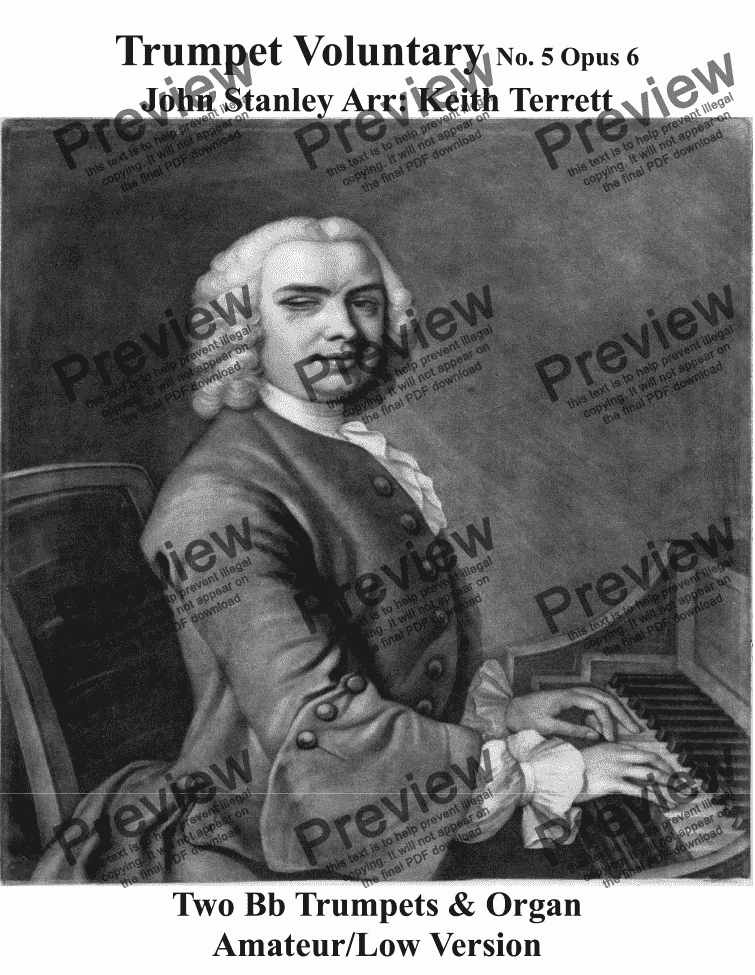 Composer
John Stanley
Year of composition
1748
Arranger
Keith Terrett
Year of arrangement
2007
Lyricist
Keith Terrett
Publisher
Music for all Occasions
Difficulty
Moderate (Grades 4-6)
Duration
3 minutes
Genre
Classical music
License details
For anything not permitted by the above licence then you should contact the publisher first to obtain permission.

An arrangement of the Stanley Trumpet Voluntary for two Trumpets & Organ in Bb.

Great sounding arrangement of a classic Trumpet Voluntary by Keith, would love to hear this performed live with two great trumpeters in a church or cathedral. Maybe Wynton & Crispian Steele Perkins?

I note there are other versions for Semi & Pro players in a higher tessitura, kudos to you Mr Terrett for bringing this old warhorse a fresh sound with two solo Trumpets!