By: G.F. Handel
For: Solo instrument (Organ [manuals])
This music is in your basket
View basket
Loading... 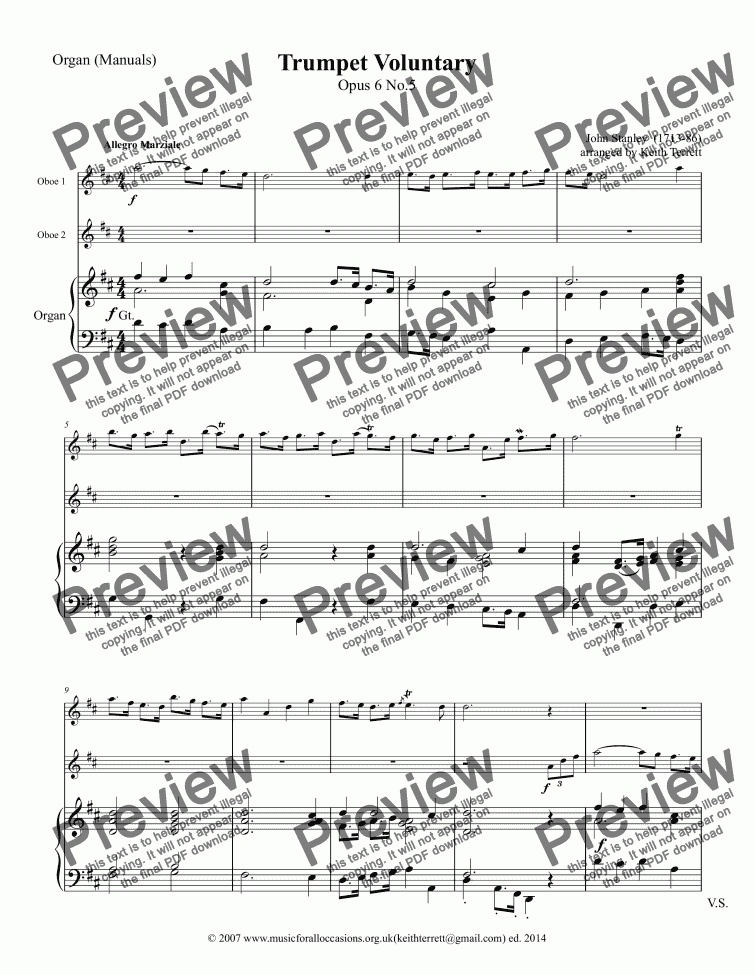 Composer
G.F. Handel
Arranger
Keith Terrett
Publisher
Music for all Occasions
Difficulty
Difficult (Grades 7+)
Duration
3 minutes
Genre
Classical music
License details
For anything not permitted by the above licence then you should contact the publisher first to obtain permission.

A new arrangement of Stanley’s Voluntary arranged for two Oboes and Organ.

Normally performed on the Trumpet or Cornet stop of an Organ, or on solo Trumpet, this arrangement for a pair of Oboes makes a nice change, and lets Oboists enter the wedding scene!