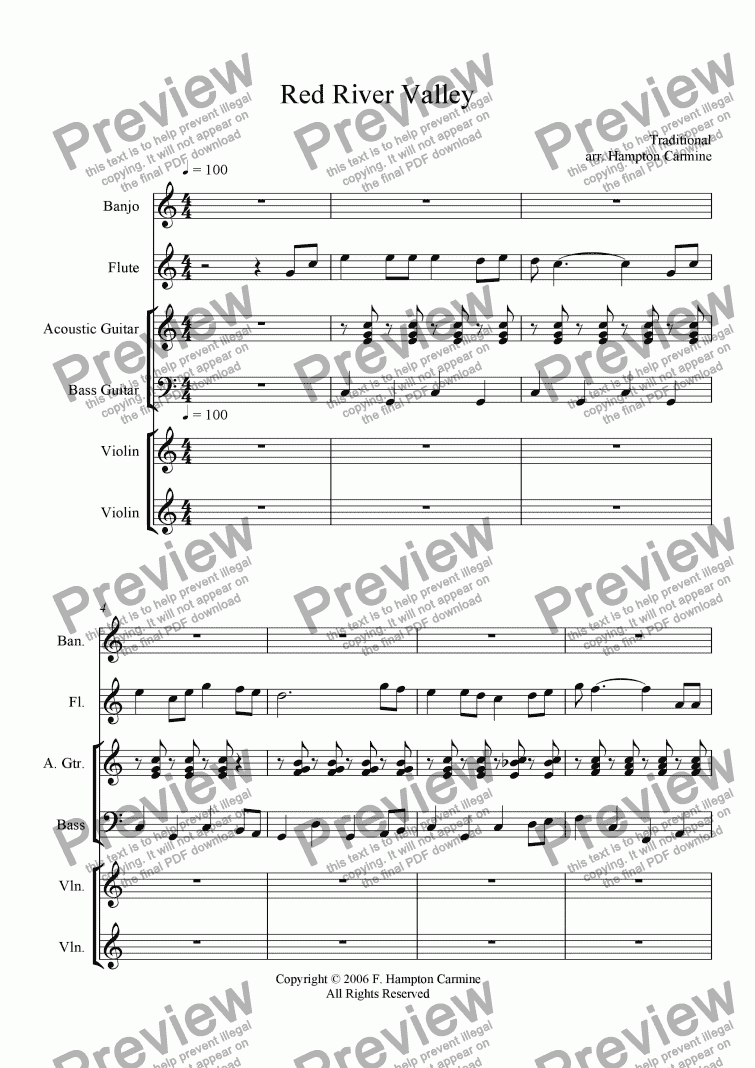 Red River Valley is a folk song widely believed to be a Texas re-working of a popular American song of 1896, "In the Bright Mohawk Valley"; however, research has found that it was known in at least five Canadian provinces before then. This finding led to speculation that it was composed at the time of the Wolseley expedition to the northern Red River Valley in Manitoba, and depicts the sorrow of a local girl or woman as her soldier/lover prepares to return to Ontario. As was shown by the research of Canadian folklorist Edith Fowke, the song originated among British troops who came to Manitoba, the Red River Valley of the North, to put down the Metis rebellion of the late 1860s. Like "Fraulein" and all the other soldier's-sweetheart songs that were popular country standards in Cold-War America and on Armed Forces Radio, "Red River Valley" is a song of military occupation.

This arrangement is an instrumental version intended for rousing concert audiences.

In order to submit this score to ScoreExchange.com Hampton Carmine has declared that they own the copyright to this work in its entirety or that they have been granted permission from the copyright holder to use their work. If you believe that this score should be not available here because it infringes your or someone elses copyright, please report this score using the copyright abuse form.