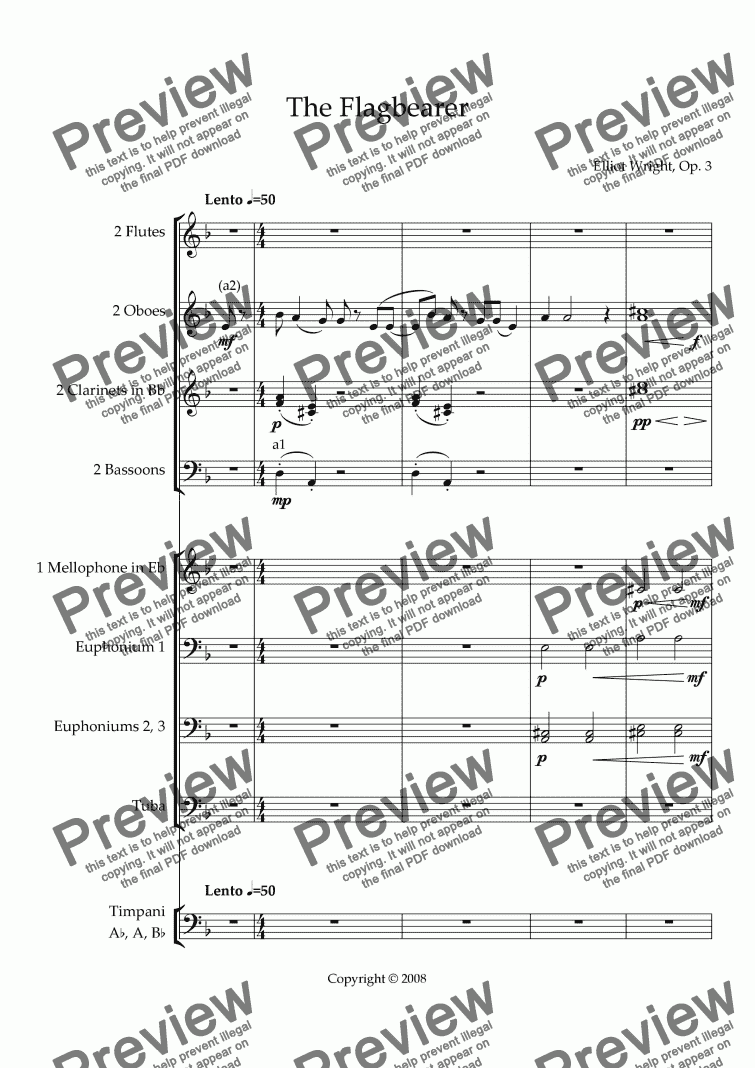 This piece is an experiment in something I was meaning to try for a while. The concept is this: I take two sets of text, one roughly two or three times longer than the other (in terms of the number of characters used in it). The shorter text is translated into international morse code, while the longer text is converted into a tone row, using a table I devised. The tone row is further divided into three sub-sections called sets, which can be used in any way the composer sees fit - they can be assigned to different choirs of the orchestra, or different instruments; piled on top of each other to form chords, and some other more complex techniques. The unbroken tone row however, can always serve as melodic material. Meanwhile, the morse rhythms of the shorter text serve as a rhythmic guideline for the tone row. The object of the experiment was to make music which literally says exactly what you want it to say (if only in code).

In order to submit this score to ScoreExchange.com Elliot Wright has declared that they own the copyright to this work in its entirety or that they have been granted permission from the copyright holder to use their work. If you believe that this score should be not available here because it infringes your or someone elses copyright, please report this score using the copyright abuse form.

Reviews of The FlagBearer