My account
Help Contact
HomeInstrumentationsChoirAfrican- American Spirituals -Go, Tell It on the Mountain - Arranged for SATB with Soprano or Tenor Solo and String Quartet by Gerald Manning

African- American Spirituals -Go, Tell It on the Mountain - Arranged for SATB with Soprano or Tenor Solo and String Quartet by Gerald Manning 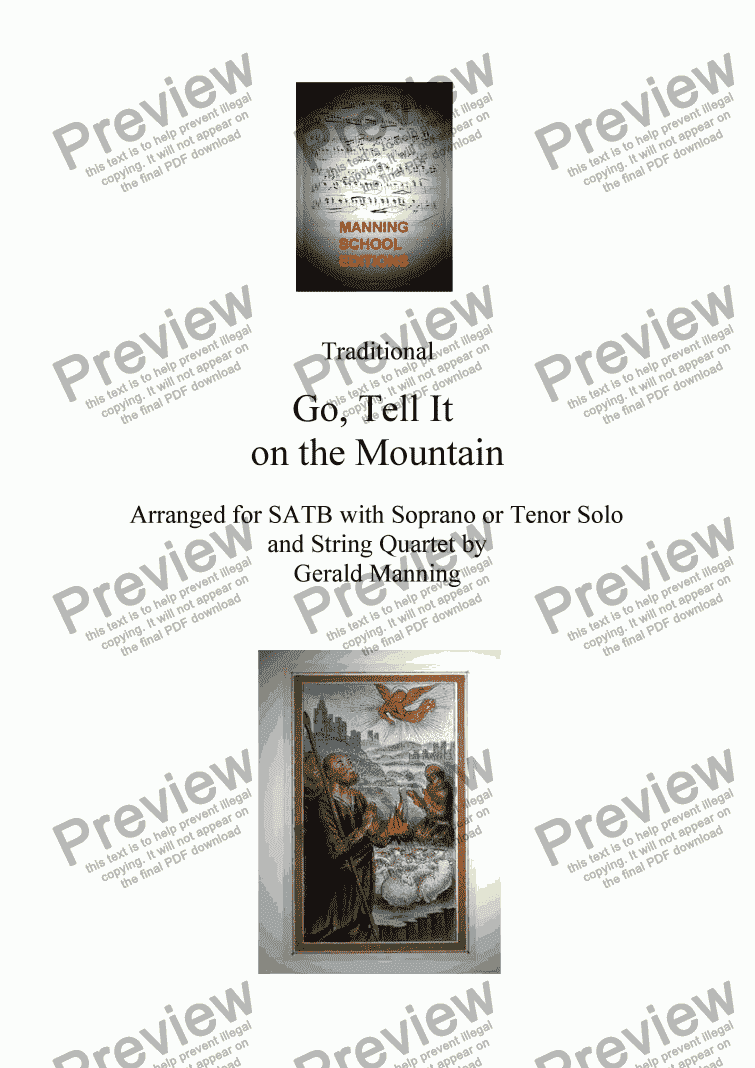 Spirituals are religious folksongs, which evolved and are associated with a complex history of revivalism in America, between 1740 and the 19th century. The very first Negro spirituals were inspired by African music even if the tunes were not far from those of hymns. Some of them, which were called �shouts� were accompanied with typical dancing including hand clapping and foot tapping. Sir Michael Tippett in his oratorio A Child of our Time uses spirituals instead of chorales to convey the message and drama of his work. Spirituals have become very popular as concert music due mainly to the fund-raising tours of the Fisk Jubilee Singers, who introduced them to North America and Europe.

The spiritual Go Tell It on the Mountain has come to mean many things depending on the time and place in which it is sung - freedom anthem, hymn of faith, and a simple song of Christmas. As is the case with most spirituals, its music and lyrics cannot be attributed to any one person. African American composer John Wesley Work is credited with formally adapting the song and including it in a songbook in 1907. 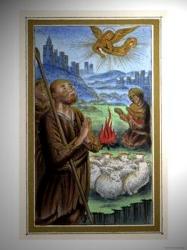 Reviews of African- American Spirituals -Go, Tell It on the Mountain - Arranged for SATB with Soprano or Tenor Solo and String Quartet by Gerald Manning