Sign in / Register
HomeInstrumentationsSolo instrumentRODE, P. - No.2 from 24 Caprices for Solo Violin transcribed for the Viola by Gerald Manning

RODE, P. - No.2 from 24 Caprices for Solo Violin transcribed for the Viola by Gerald Manning

By: Pierre Rode
For: Solo instrument (Solo Viola)
This music is in your basket
View basket
Loading... 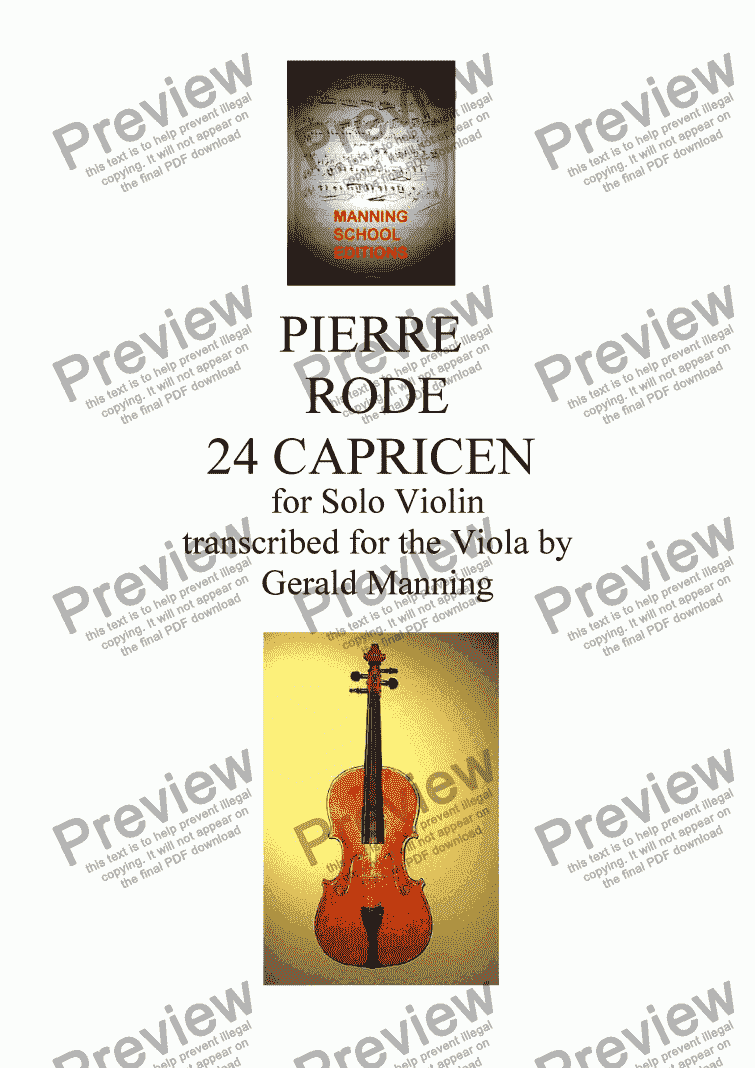 RODE, P. - No.2 from 24 Caprices for Solo Violin transcribed for the Viola by Gerald Manning

Composer
Pierre Rode
Year of composition
1800
Arranger
Gerald Manning
Publisher
MANNING SCHOOL
Difficulty
Difficult (Grades 7+)
Duration
2 minutes
Genre
Classical music
License details
For anything not permitted by the above licence then you should contact the publisher first to obtain permission.

As the title of this opus suggests Rode composed his Caprices in the form of Etudes for solo Violin in all 24 keys, and starts with the key of C major in the first Caprice and follows this with the relative A minor of the second Caprice. Of course these translate on the Viola into F major and D minor respectively, and so on until all 24 keys are utilised. Students of the Viola will find that these Caprices together with those of Kreutzer and othere are an indespensible aid and of great value in developing a well-rounded technique.

Reviews of RODE, P. - No.2 from 24 Caprices for Solo Violin transcribed for the Viola by Gerald Manning