By: Philip R Buttall
For: Solo Solo Violoncello + piano
This music is in your basket
View basket
Loading... 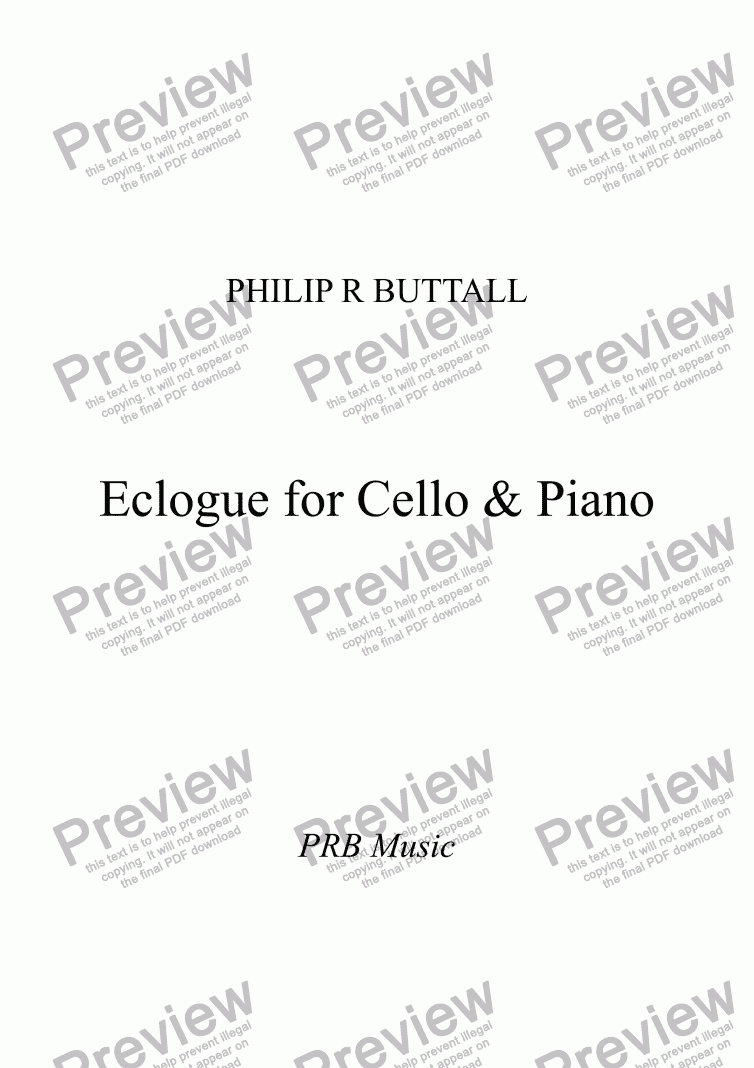 Composer
Philip R Buttall
Year of composition
2007
Publisher
PRB Music
Difficulty
Difficult (Grades 7+)
Duration
4 minutes
Genre
Classical music
License details
For anything not permitted by the above licence then you should contact the publisher first to obtain permission.

Some time back, I was reviewing a recital in Plymouth’s Mother Church, featuring trumpet and organ. One of the pieces heard was in the nature of a slow meditation, which appealed a good deal, and I decided to try and compose something in a similar vein.
I have written it for Flugelhorn and organ, as the rather more mellow tone of the instrument would better suit the somewhat ’devotional’ nature of the writing, I feel, although the trumpet would be a viable alternative. Equally, a clarinet or other Bb flat instrument might be substituted.
Alternatively, if you’d prefer the accompaniment to be for piano, there is now an alternative version available here.
STOP PRESS

If you’d like to see a bit of this ’in action’ then click here for a short video-clip of part of saxophonist, Nigel Wood’s lovely improvised version, which was performed by the National Saxophone Choir at the 2005 Edinburgh Fringe Festival. If you’d like to hear more, it’s available on their recent CD, Sax in the City.
The attached MP3 file is from this CD.

This present arrangement for Cello and Piano has been specially written for a Composers’ Concert to be held in Plymouth in April 2008, to commemorate the fifteenth anniversary of the International Concert Series, which will feature new works composed and performed by the artists.
A part for Bassoon is also included, if preferred to the cello.

Reviews of Eclogue for Cello & Piano