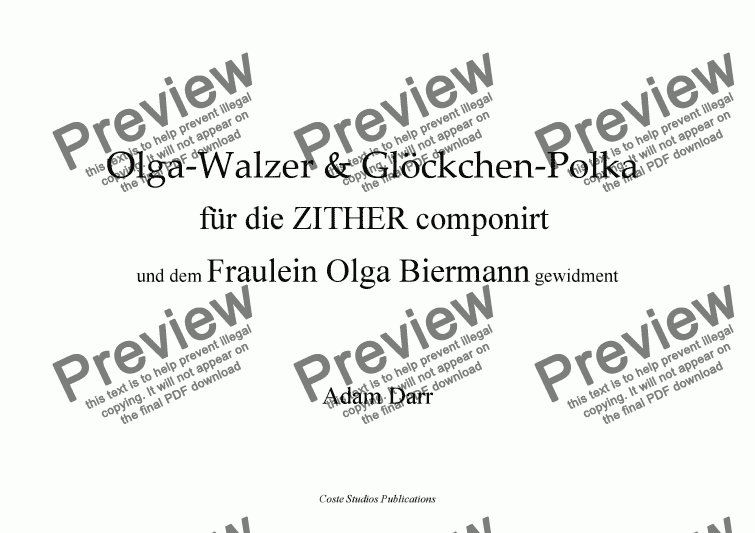 Olga-Walzer & Glöckchen Polka is a wonderful new addition to the zither's concert repertoire, especially if one is seeking to add an ethnic atmosphere to the performance. The piece encapsulates the Bavarian alpine atmosphere in a mid nineteenth-century concert format. It is well crafted and artistically conceived. The harmonics in the second movement are effective and are sure to please. Also, note the scordatura necessary for this movement. Darr wrote the piece between May and July of 1865 while in Augsburg. P. Ed. Hoenes published it shortly thereafter.

In an effort to bring some clarity and brevity to the notation, I have used some guitar designations. The fretboard strings are designated as Arabic numerals inside of a circle and orders from the highest string (a) number 1 to the lowest string © number 5. Harmonics are designated with diamond note heads at pitch, with a string number and fret number. Although this is a departure from past practices, I believe it adds clarity and a certain amount of uniformity with other classical instrument notation.