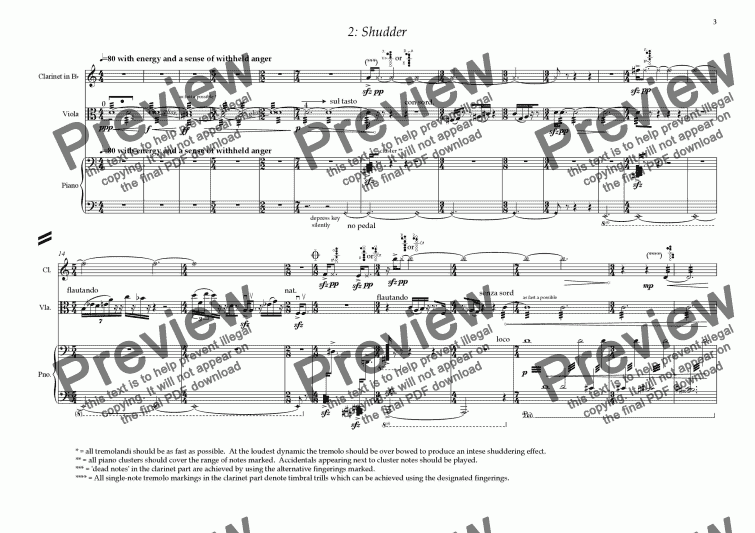 Composer
Guy Bunce
Year of composition
2008
Publisher
Enigma Publishing
Difficulty
Difficult (Grades 7+)
Duration
3 minutes
Genre
Modern classical music
License details
For anything not permitted by the above licence then you should contact the publisher first to obtain permission.

Shudder This movement explores both facets of the works concept: that of uniting the instruments in one common timbre, and seeking to make the instruments sound like one another.�To the first end, tremolandi are employed throughout the movement.�In addition, the natural percussive attack and slow decay of the piano is also explored by all three instruments.�During theatrical performance different coloured lighting washes can be used throughout the shuddering sections (tremolo) with one gradually morphing into another.�In bb31-45 the stage should gradually turn a fiery red succeeded by a dramatic shift to another colour (or white) in bar 47.