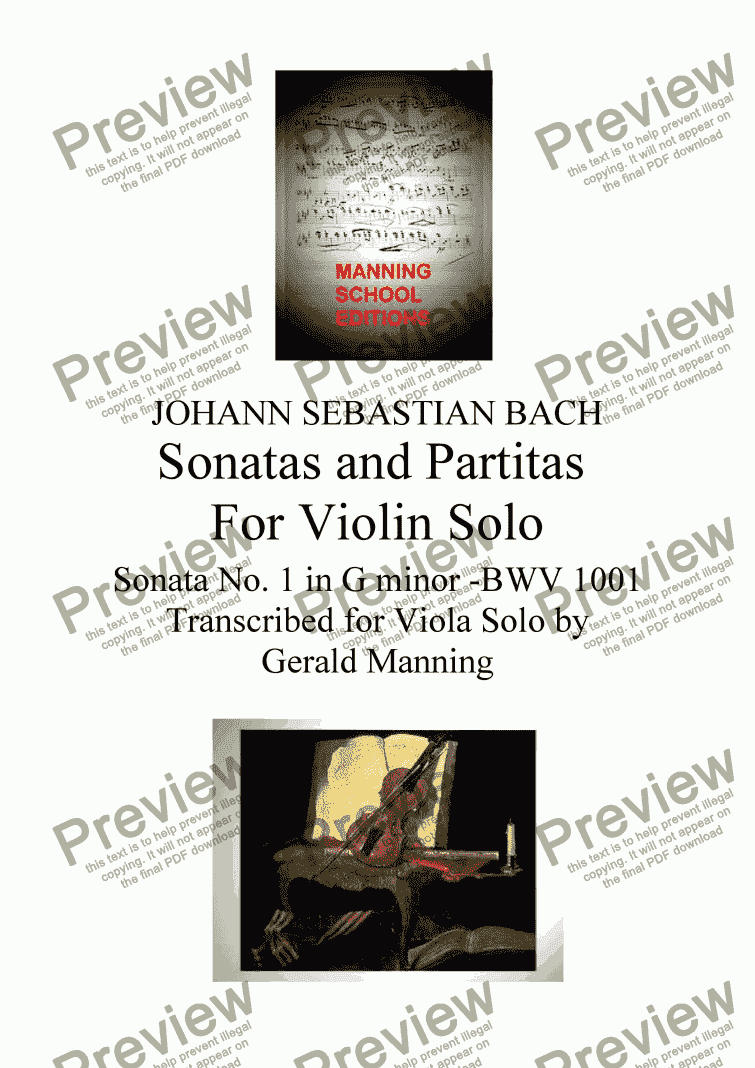 Sonata No.1 in G minor � BWV 1001 Transcribed for the Viola by Gerald Manning

In 1720 while Bach was employed at Cothen in the service of Prince Leopold, himself a musician who appreciated Bach�s genius, that he composed the six Sonatas and Partitas for solo violin which are regarded by many as the greatest works for the violin ever written. They represent a massive challenge to the performer not only technically, but also from an interpretive standpoint. They have been described as "legendary and monumental", "the profound work of genius" and "representing the very pinnacle of human achievement, a transcendence, through music, to another world". Demanding a technical mastery and innate musical understanding on the part of the soloist these works have been recorded by the most revered violinists of the past century. The sonatas each consist of four movements, in the slow-fast-slow-fast movement pattern of the sonata da chiesa, with the second movement as a fugue. The partitas are suites of dance movements, making use of the usual baroque pattern of allemande, courante, sarabande, and gigue, with some omissions and the addition of galanteries. 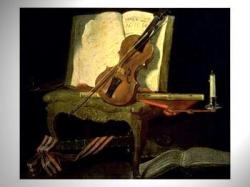 Reviews of BACH, J.S. - Sonatas & Partitas for Violin - Sonata No.1 in G minor BWV 1001 - transcribed for Viola by Gerald Manning