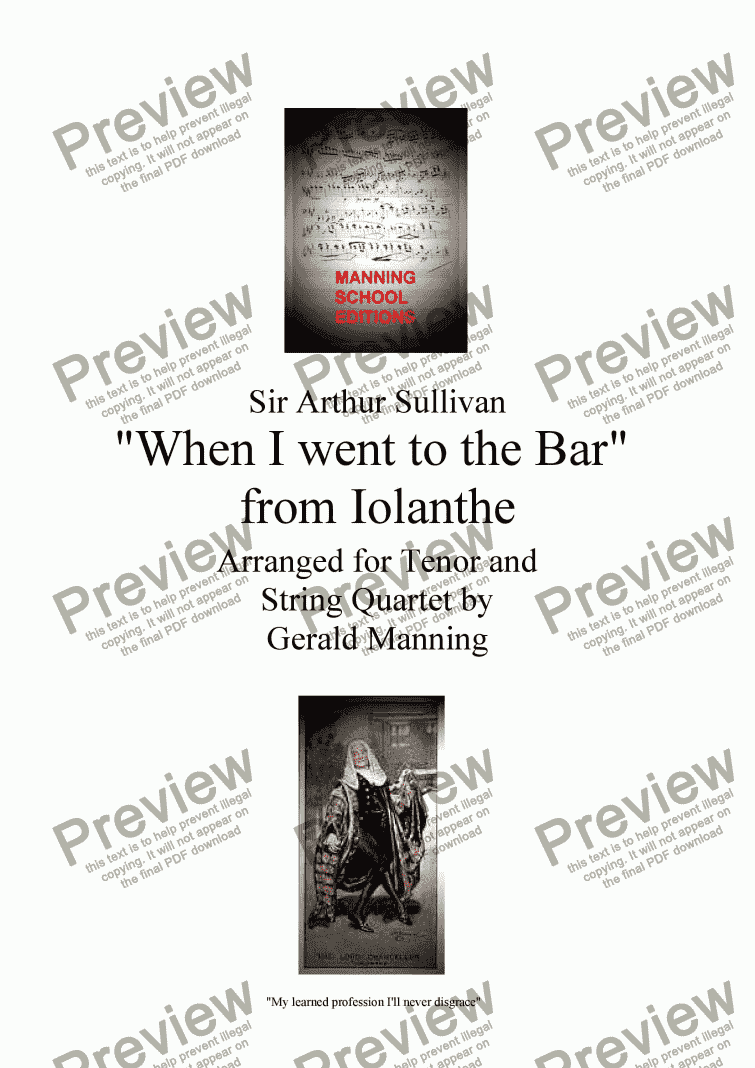 The first of the operas to open at the �New Savoy� which at this time was functionally fully electric, and made possible the numerous special effects in Iolanthe, such as sparkling magic wands for the female chorus of fairies. English law and the House of Lords bore the brunt of Gilbert�s political satire in which he ridicules these institutions as a collection of ineffective, privileged and dim-witted individuals. The critics felt that Sullivan's work in Iolanthe had taken a step forward. The Daily Telegraph wrote, "The composer has risen to his opportunity, and we are disposed to account Iolanthe his best effort in all the Gilbertian series." Similarly, the Theatre asserted that "the music of Iolanthe is Dr Sullivan's chef d'oeuvre. The quality throughout is more even, and maintained at a higher standard, than in any of his earlier works…" The production of Iolanthe ran for 398 performances, and during 1883 Queen Victoria knighted Sullivan, and the honour was conferred for his services to serious music, and the point was made by the musical establishment and many critics, and taken on board by Sullivan, that a musical knight should put an end to his career as a composer of comic opera and should not stoop below oratorio or grand opera.