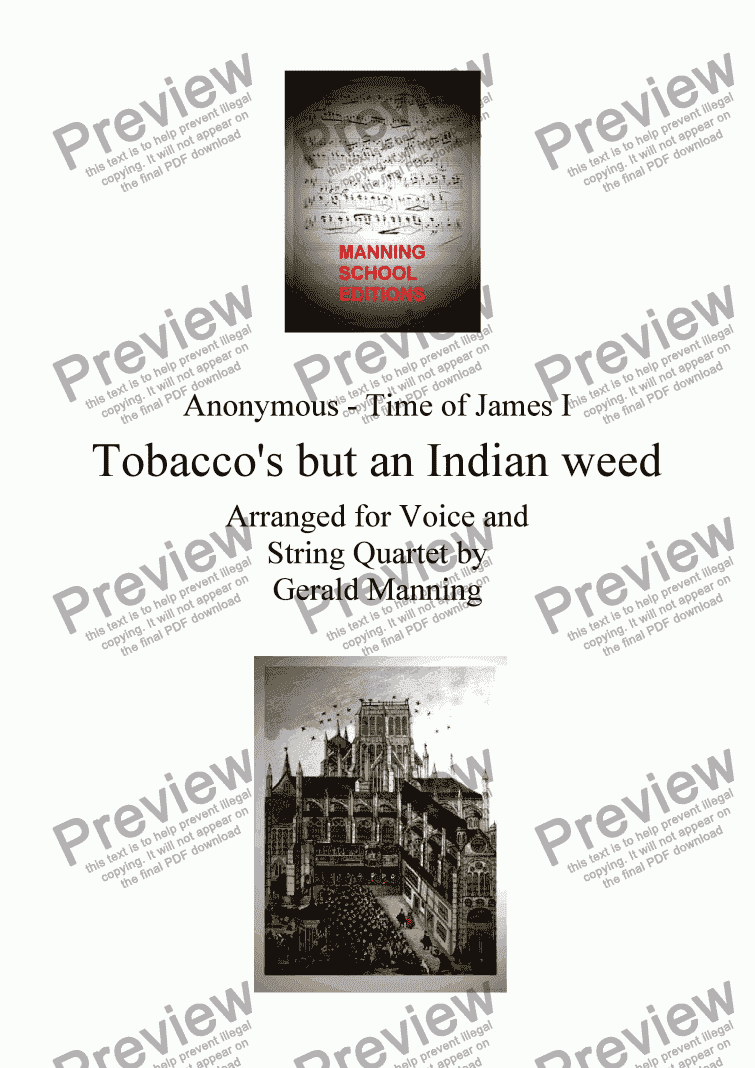 ENGLISH SONG: Tobacco�s but an Indian weed Music: Time of King James I Text: George Wither � 1588-1667 By the time of Henry the VIII the English were recognized throughout Europe as a musical nation. Erasmus writes � they excel the whole world in the beauty of their women, their knowledge of music and the excellence of their table.� The folk music of England evolved over the centuries to produce a quintessentially English quality that bore no resemblance to the folk music of any other land. The use of poetry was a powerful influence on the character of the English song and composers continually strove to fit the music closely to the poetry to add pathos to the words. In Henry Lawes collection of �Ayres and Dialogues� there are many fine examples of the marriage of sound to sense and Lawes desired to �set words with just note and accent.� �Tobacco�s but an Indian weed� is contained in a manuscript of the reign of James I, himself a bitter hater of the weed, and author of the famous tract, � A Counter blaste to Tobacco.� George Withers, (1588-1667) who wrote the words, was a �Presbyterian satirist,� according to Wood, and may well have written this song to show contempt for the King. However that may be, it secured great popularity on its own merits. Its symbolic character appealed strongly to the mass of people, and though it originally figured as a comic song in the � Merry Drollery� collection of 1670 and in Tom Durfey�s � Wit and Mirth� of 1690, it soon came into use as a hymn, being adapted by Ralph Erskine as a gospel sonnet under the title of � Smoking Spiritualized.� No less a person than Samuel Wesley reset the words of the original poem to music of his own, but the old air kept its place and is still sung in Dissenting chapels in England. 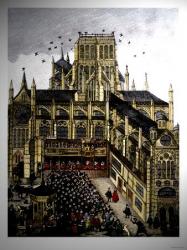