Prelude to the Dawn 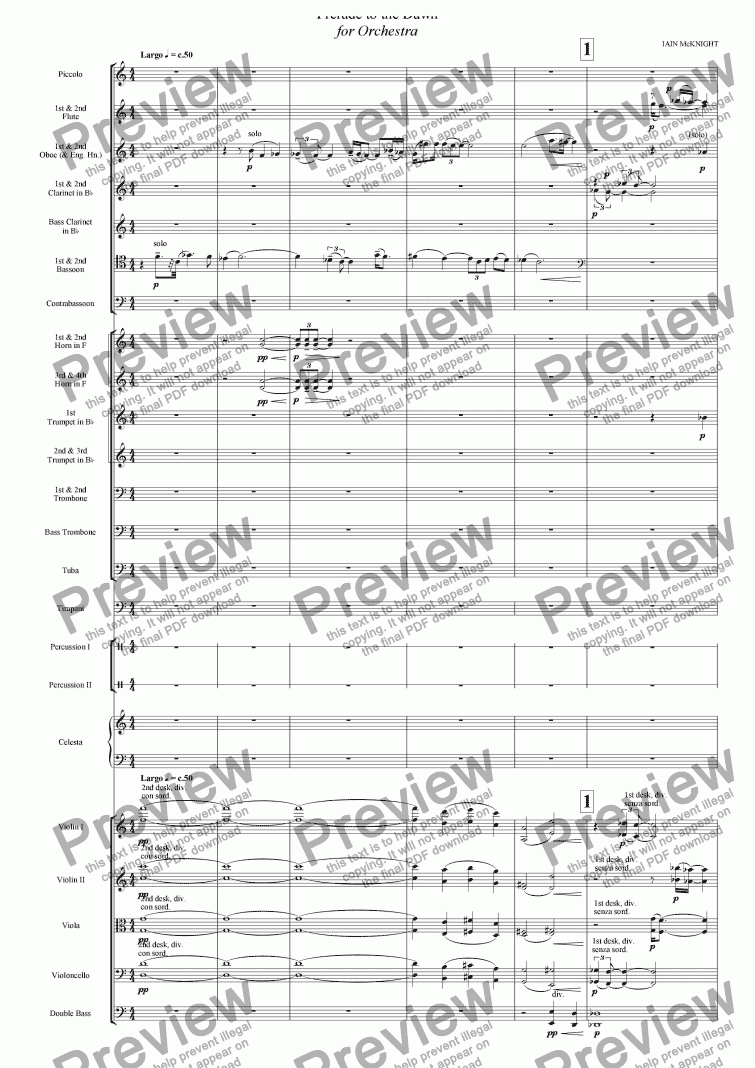 *PARTS COMING SOON - If required sooner, please email* Written as part of my MA portfolio at the University of Salford The title Prelude to the Dawn invokes many programmatic ideas, but, in a similar way to Voyage to Colchis, the piece is not a vehicle for any pre-conceived story. The gradual shift from harmonically unrestricted material to more �regulated� music represents, for me, a change from dark to light in the broadest possible terms; realising the image of the unhurried change from night to day, hence the title of the piece. When composing the music, I worked hard at trying to restrict my melodic material, and therefore the piece takes on a symphonic role, where all following material relates back in some way to music heard in the opening minute or so of the piece. The principal thematic ideas in the piece are the falling motifs, as heard at figure 1 aswell as the phrase which follows, including the rising major seventh. Clearly, as the piece goes on, these links become more and more �disguised�, but most, if not all, of the material in the piece can be found to be related. One small point of interest is the scale used for the fugue section, which starts at figure 5. I have created here what I have called a �balanced� or �mirror� scale, which is built in the following way; semitone, tone, minor third, minor third, tone, semitone making a �harmonic mirror� from the central note; which in the first exposition of the scale is A flat. Using the notes of this scale, I then built �tonic and dominant� functions into the triads (A flat minor and F diminished) that were created, and these chords act in a conventional way to this end, though obviously away from the normal �rules� of fugue writing. I feel the piece could at some point in the future form the opening movement of a symphony, with some extension where appropriate, although for now it functions as an individual concert work; a short prelude.

Reviews of Prelude to the Dawn