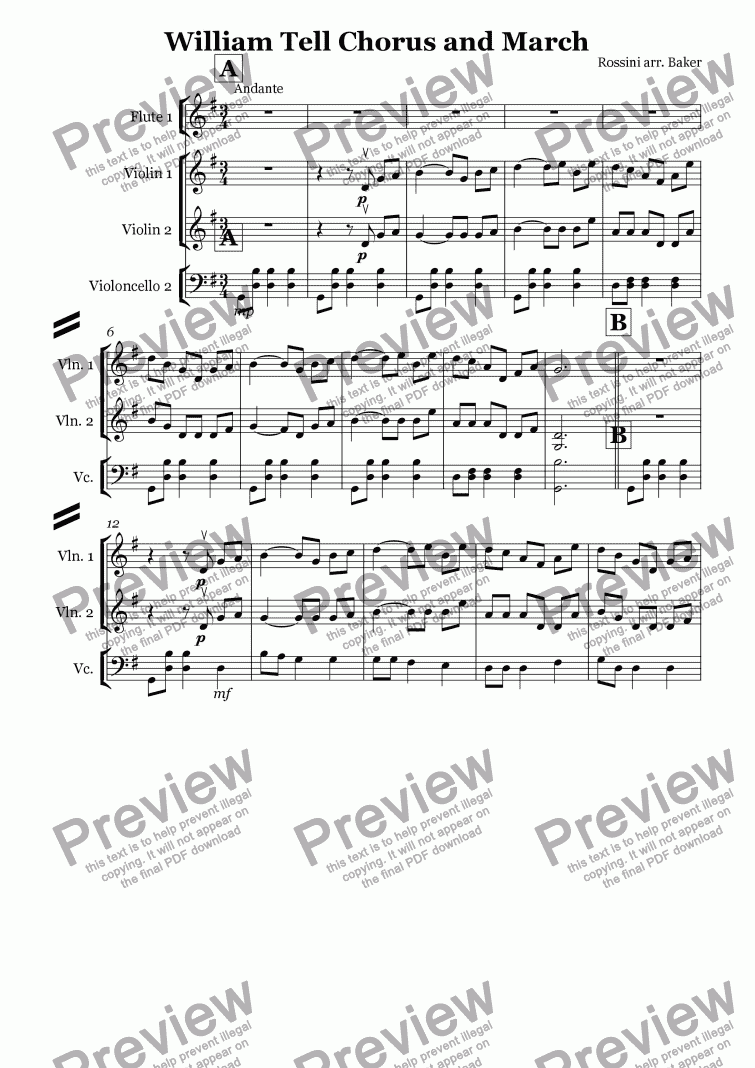 The march was written for our primary school band. However, we had some very talented players, notably a cornet player so the solo section E was written to keep him busy! The chorus was played by a number of soloists and is significantly more difficult than the march. It was first played in concert in June 2007 and worked well. Most of our second violins were aged 6-8 so that part is deliberately simple. In the end the children memorised their part at M so that they could come in on time.

In order to submit this score to ScoreExchange.com Vivien Baker has declared that they own the copyright to this work in its entirety or that they have been granted permission from the copyright holder to use their work. If you believe that this score should be not available here because it infringes your or someone elses copyright, please report this score using the copyright abuse form.