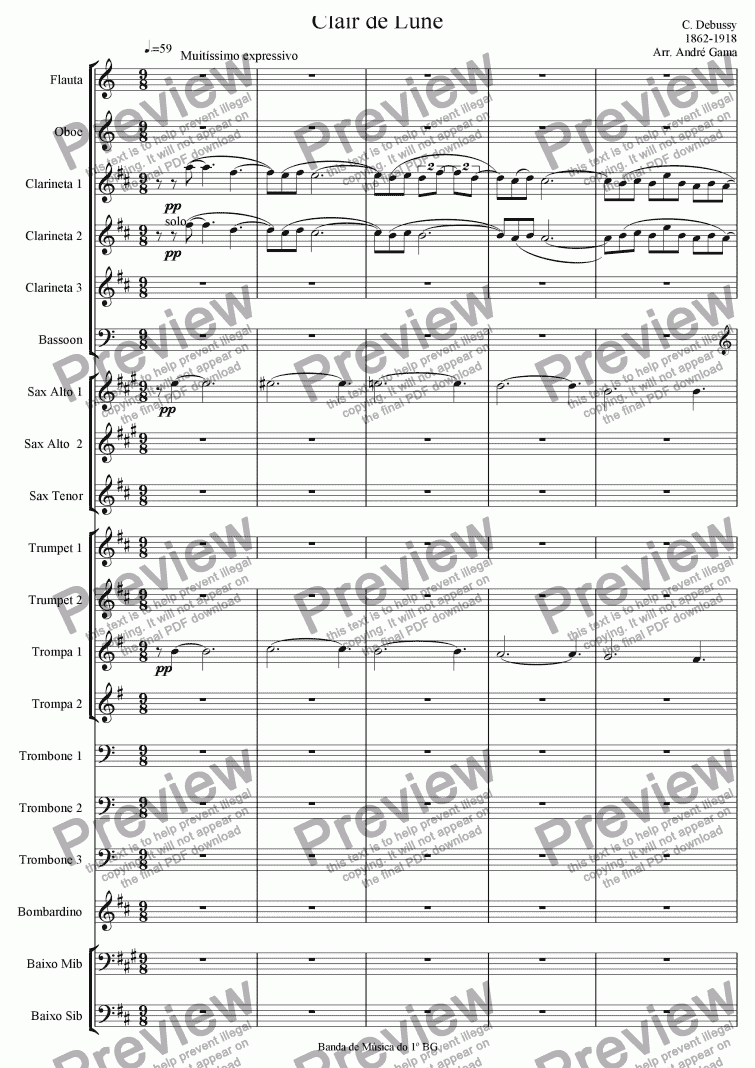 Excerpt from Clair de luneThe third movement of Suite bergamasque is its most famous; titled "Clair de lune", it is heard widely in movies, television shows, advertisements, and the like. It is mostly played pianissimo and is in D-flat major, with the exception of its climax which modulates to E major (spelled as F-flat major).

In order to submit this score to ScoreExchange.com Andre Gama has declared that they own the copyright to this work in its entirety or that they have been granted permission from the copyright holder to use their work. If you believe that this score should be not available here because it infringes your or someone elses copyright, please report this score using the copyright abuse form.