Sonata for Oboe and Piano 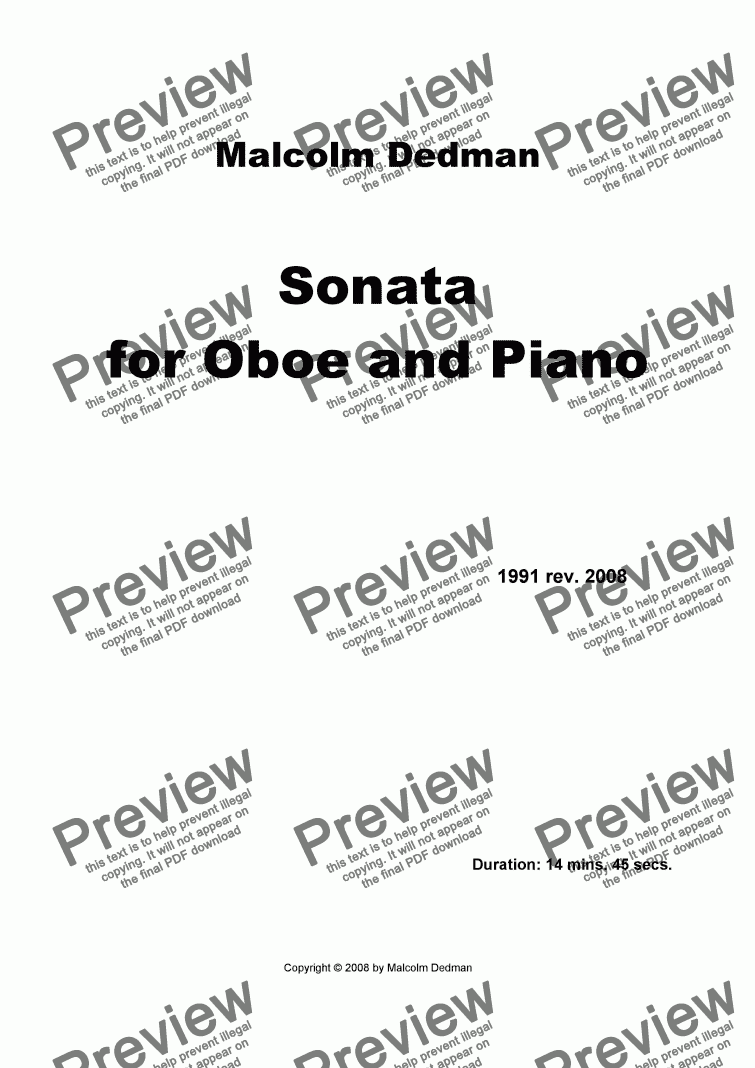 This Oboe Sonata was originally written in 1991 and was extensively revised in 2008. The three movements of the piece explore various aspects of minimalism. Although otherwise conventional forms are employed, none of the three movements has in sonata form structure.

The first movement, Allegro, is in ternary form, the outer sections being based on short developing phrases in the oboe and repeating chords in the piano. The central section also uses short developing phrases in the oboe, but the piano has a two bar phrase that initially contains only one chord, but each repetition adds a chord or note and eventually these chords/notes are eliminated one by one.

The second movement is an Adagio and is fundamentally a theme (initially played solo by the oboe) and a set of five variations.

The last movement, like the first, is an Allegro, and is also in ternary form. The outer sections are based on developing very simple 2, 3 and 4 note repeating phrases with sudden two-note outbursts. The first section ends in four-note phrases played cantabile in the oboe, leading into the central section that develops short melodic phrases. This section is essentially in arch form (A-B-C-B-A) although all subsections are based on the same material. The final section returns to the repeating phrases as well as combining some of the elements of the central section.

Reviews of Sonata for Oboe and Piano