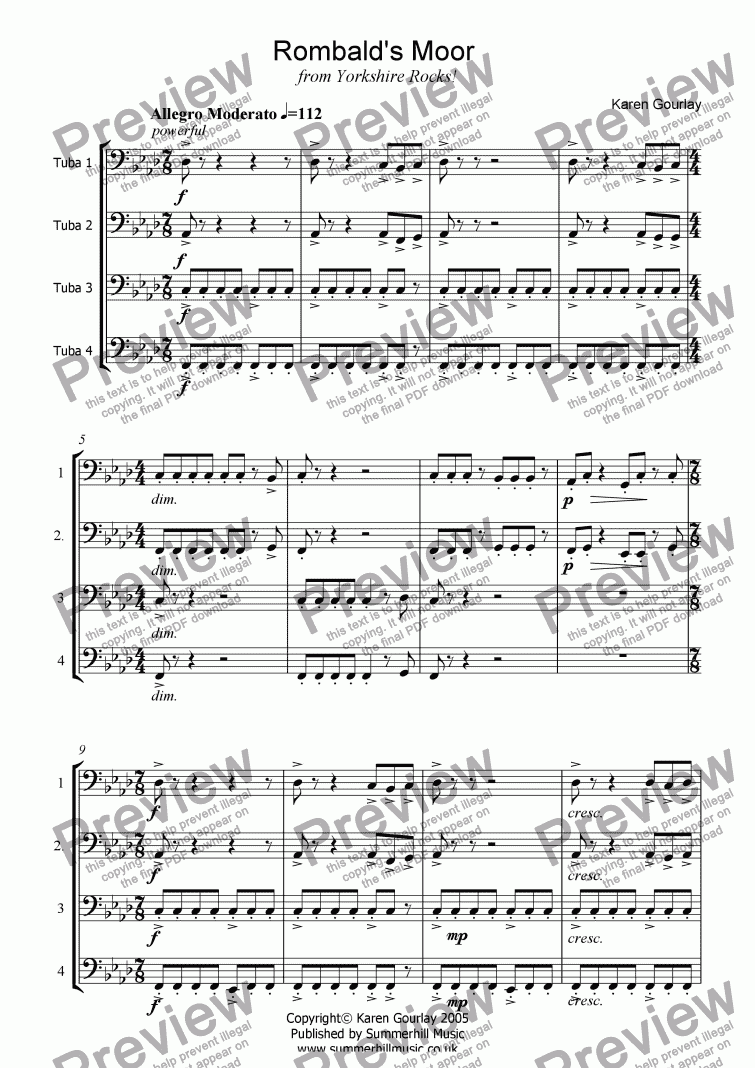 'Rombald's Moor', is inspired by the spectacular scenery above the West Yorkshire spa town of Ikley. The most prominent feature of Ilkley Moor, also called Rombald's Moor, is the Cow and Calf Rocks, a rocky outcrop of millstone grit. It has been suggested that the name originates from the tradition of lighting beacons on the rocks. The larger rock was once called the Inglestone Cow, the word ingle meaning fire or flame. A place of legend, local folklore tells how the rocks gained their present form. A giant named Rombald used these moors on his route from the East to West Coast. In one story, chased by an enemy he jumped on the rock above Ilkley, splitting the calf from the main body of rocks and leaving his footprint on top of the outcrop. An alternative version tells of Rombald stamping on the rocks after arguing with his wife! Rombald's Moor is a place of power, strength and beauty, characteristics evoked in the music by this magical landscape.

In order to submit this score to ScoreExchange.com Karen Gourlay has declared that they own the copyright to this work in its entirety or that they have been granted permission from the copyright holder to use their work. If you believe that this score should be not available here because it infringes your or someone elses copyright, please report this score using the copyright abuse form.