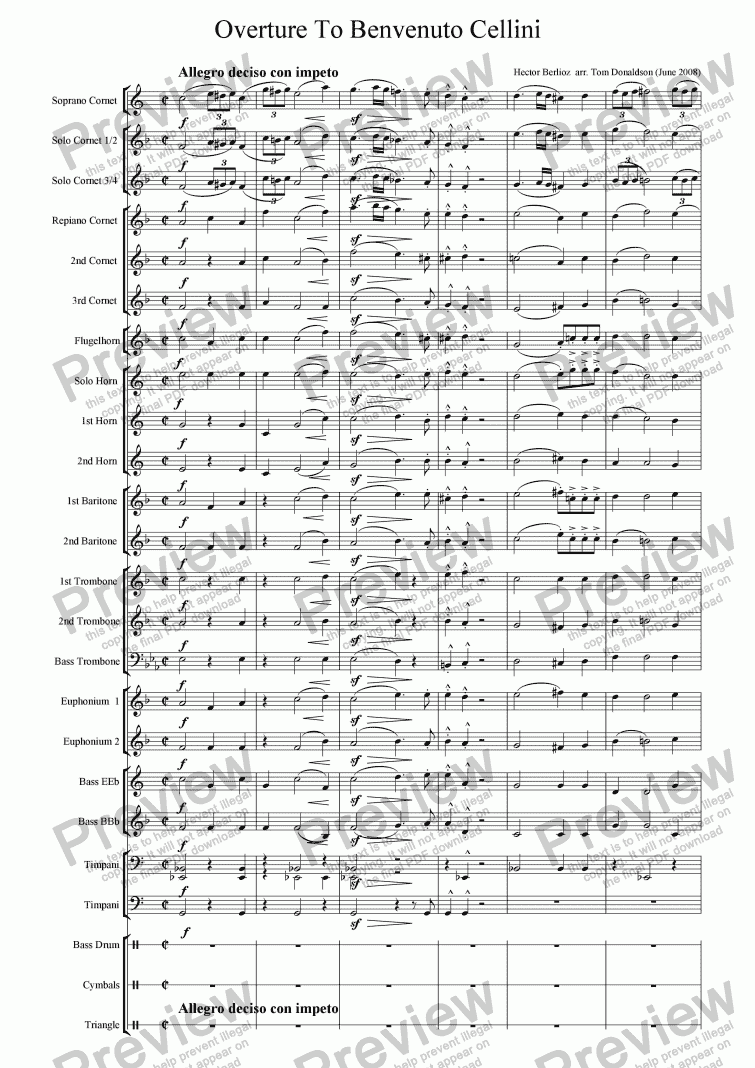 The overture to Benvenuto Cellini is not new to brass bands since Frank Wright's arrangement was featured as the test-piece for the 1970 World Championships and later, the 1978 British Open Championships. There has been at least one other arrangement penned and recorded.

There has been a late revision to this score. I had niggling doubts about leaving a third arpeggio figure (octave below) out of the score. I have brought this into play and hope it doesn't disrup the weighting of parts too much. 17/08/2010

Erm, a further revision … I've decided to make the sop. part more playable. There are still occasions the player will have to reach out for a little helium, but more reasonably so! Because of this, underlying parts have had to be adjusted to maintain score integrity!