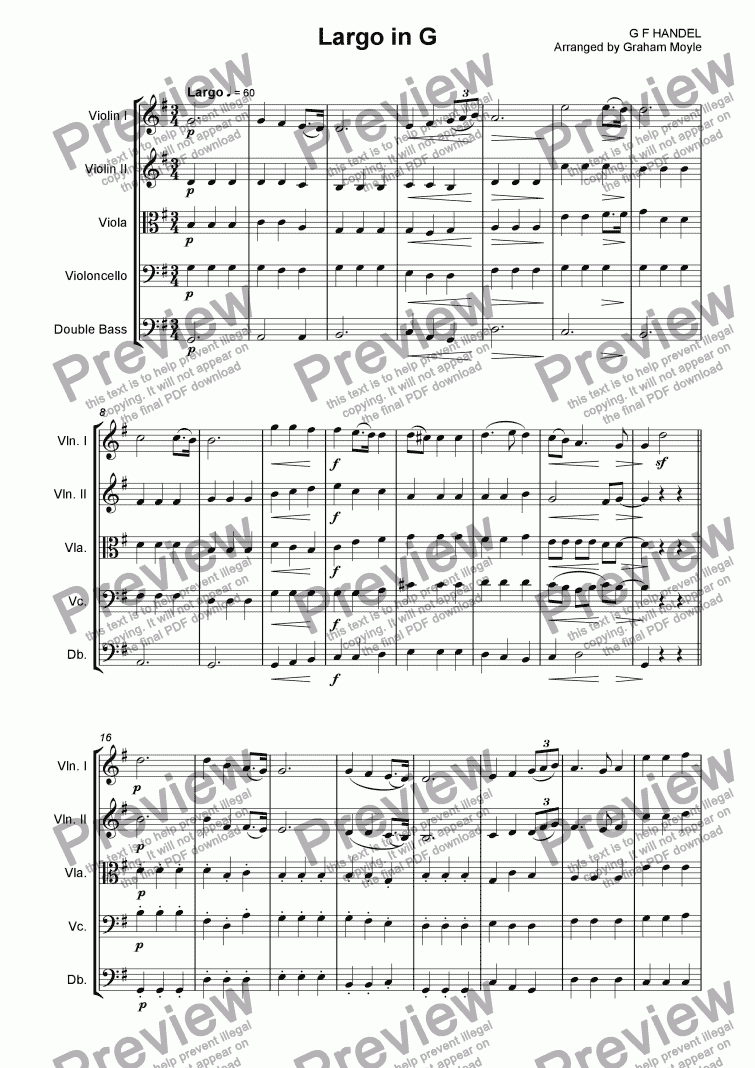 This arrangemant for string quintet is from "Ombra mai f�" an aria from the opera Xerxes by George Frideric Handel. The title, which translates from the Italian as Never has there been a shade, is the first aria of the opera. It is sung by the main character, Xerxes, in praise of a tree's shade as he sits underneath it. It is commonly known as Handel's "Largo", although the original tempo was larghetto. The opera was a commercial failure, lasting only five performances in London after its premiere. In the 19th century, however, the aria was rediscovered and became one of Handel's best-known pieces.

In order to submit this score to ScoreExchange.com Graham Moyle has declared that they own the copyright to this work in its entirety or that they have been granted permission from the copyright holder to use their work. If you believe that this score should be not available here because it infringes your or someone elses copyright, please report this score using the copyright abuse form.

Reviews of Largo in G