Journey of the Soul

By: Malcolm Dedman
For: Duet
This music is in your basket
View basket
Loading... 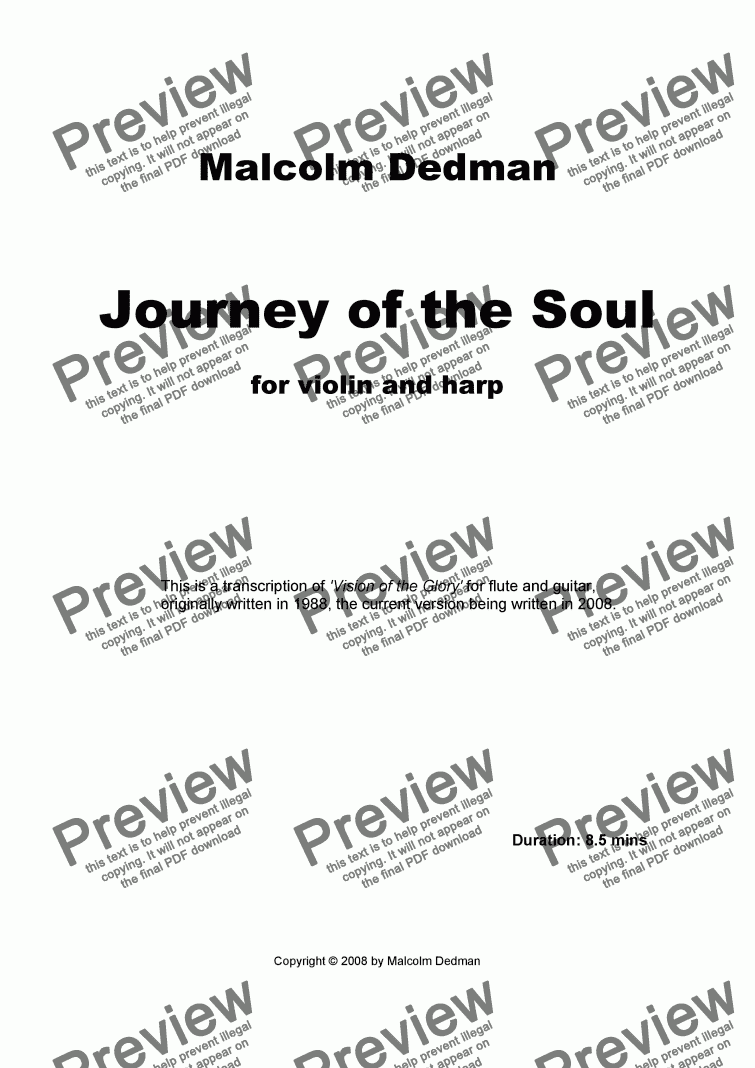 Journey of the Soul

By: Malcolm Dedman
For: Duet

Composer
Malcolm Dedman
Year of composition
2008
Publisher
Misty Mountain Music
Difficulty
Difficult (Grades 7+)
Duration
9 minutes
Genre
Modern classical music
License details
For anything not permitted by the above licence then you should contact the publisher first to obtain permission.

Journey of the Soul was originally written in 1988 and was for flute and guitar. In 2008, I found the need to transcribe the work for the current forces (violin and harp) and, in so doing, found that the piece took on a new dimension.

It is in three sections, played without a break: Meditation, Dance of Life and Human Consummation and last a total of eight and a half minutes. Each section is based on the same musical material, but the second can broadly be thought of as a development of the first and the third a variation.

The following quotes have guided me through the journey of the title:

2. The people of the world lie unconscious, With veils drawn over their faces, and asleep; But when the morn shall burst forth and the sun arise Every creature will raise its head from its couch; To the unconscious God will restore consciousness; They will stand in rings as slaves with rings in ears; Dancing and clapping hands with songs of praise, Singing with joy, "Our Lord hath restored us to life!"

Reviews of Journey of the Soul