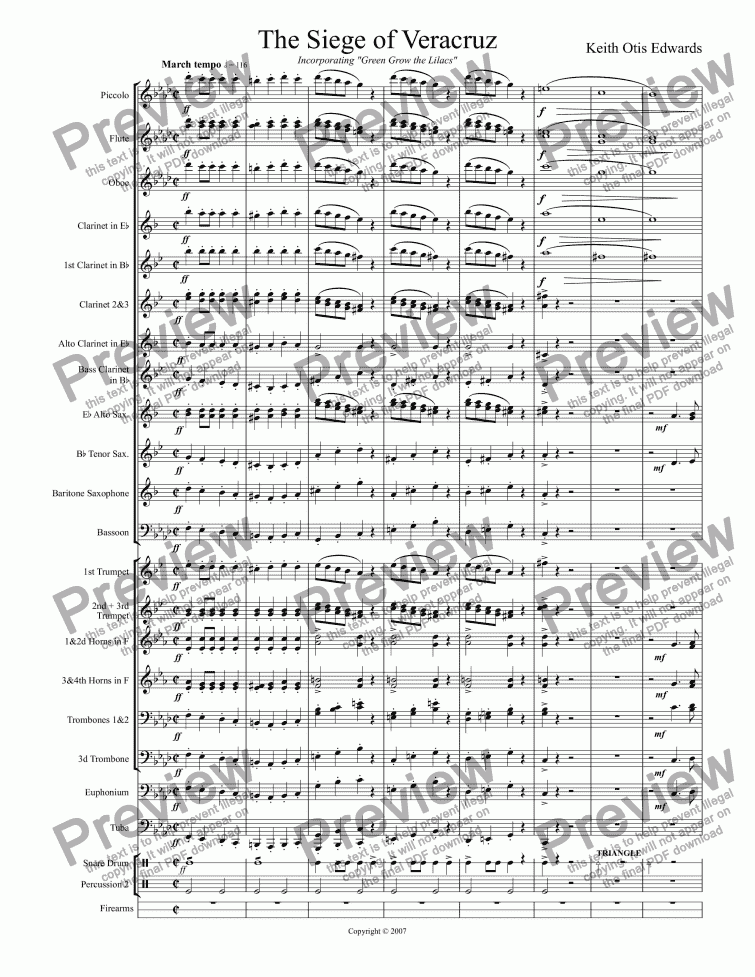 FUSTIAN MUSIC – The Siege of Veracruz took place from March 9 to March 29, 1847. On March 25, the Mexicans called for a cease-fire to discuss surrender terms. Mexican officials pleaded that the women and children be let out of the city, but US General Winfield Scott refused, believing this to be a delaying tactic and kept up the artillery fire. After the surrender and occupation of Veracruz, US troops marched on to capture Mexico City.nnOn a recent PBS documentary about the Congressional Medal of Honor, it was said that every officer who went ashore during the Siege of Veracruz was awarded this highest military award of the USA.nnThe Trio uses the old (18th-century?) folk song "Green Grow the Lilacs." Before writing this march, I had never heard the tune, but I wanted to use it because, despite it being a waltz, I’m amused by the apocryphal etymology of the epithet Gringo, which is said to have originated during the 1846-47 war when the Mexicans often heard the invading Yanqui soldiers singing that song – "Green Grow the Lilacs."nnAn old band director I had once said that when bands performed battle music like this (and the 1812 Overture) the drummers would fire shotgun blanks into barrels. (I doubt if that’s now practiced anywhere except perhaps in Texas.) There are many such battle marches that were once popular at Civil War reenactments staged throughout the USA. nnPLEASE NOTE: For purposes of display and improved MIDI sound, A REDUCED SCORE is shown. With each purchase, a Full Score is available at no extra charge, as are parts for oboe, E-flat clarinet, E-flat alto clarinet, bassoon, ophicleide, E-flat alto horns and Euphonium treble clef.

In order to submit this score to ScoreExchange.com Keith Otis Edwards has declared that they own the copyright to this work in its entirety or that they have been granted permission from the copyright holder to use their work. If you believe that this score should be not available here because it infringes your or someone elses copyright, please report this score using the copyright abuse form. 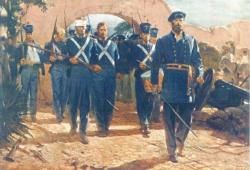 Reviews of Siege of Veracruz (march)