Fugue on B-a-c-h for Flute Quintet

By: Johann Georg Albrechtsberger arr. Keith Terrett
For: Quintet of Flutes
This music is in your basket
View basket
Loading... 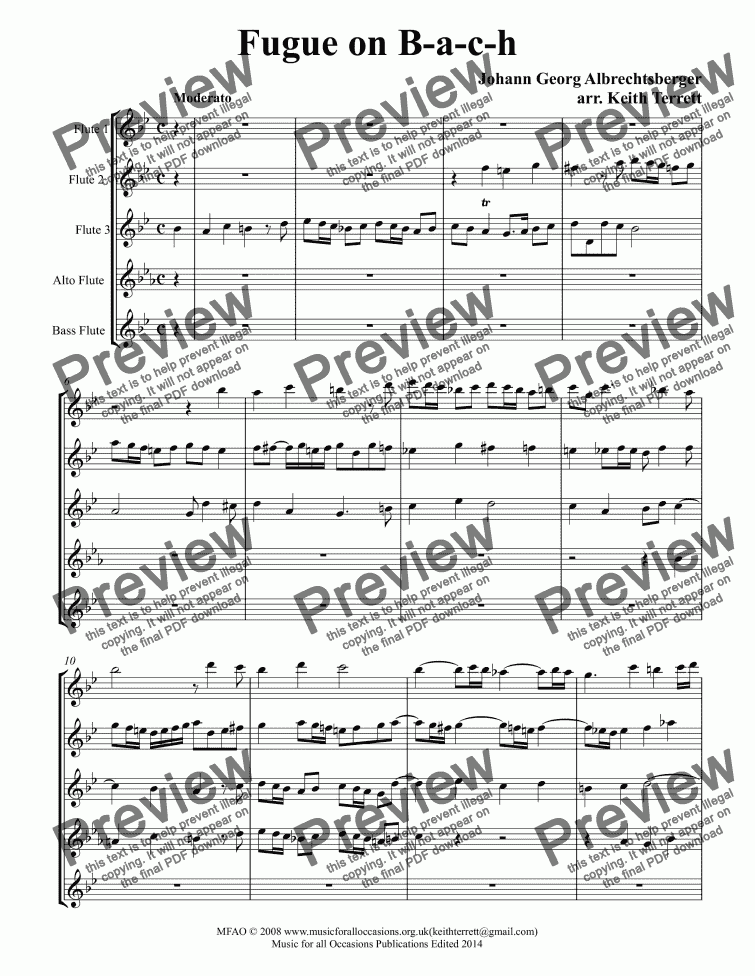 Fugue on B-a-c-h for Flute Quintet

A new arrangement for Flute Choir of the Fugue uber BACH.

Reviews of Fugue on B-a-c-h for Flute Quintet