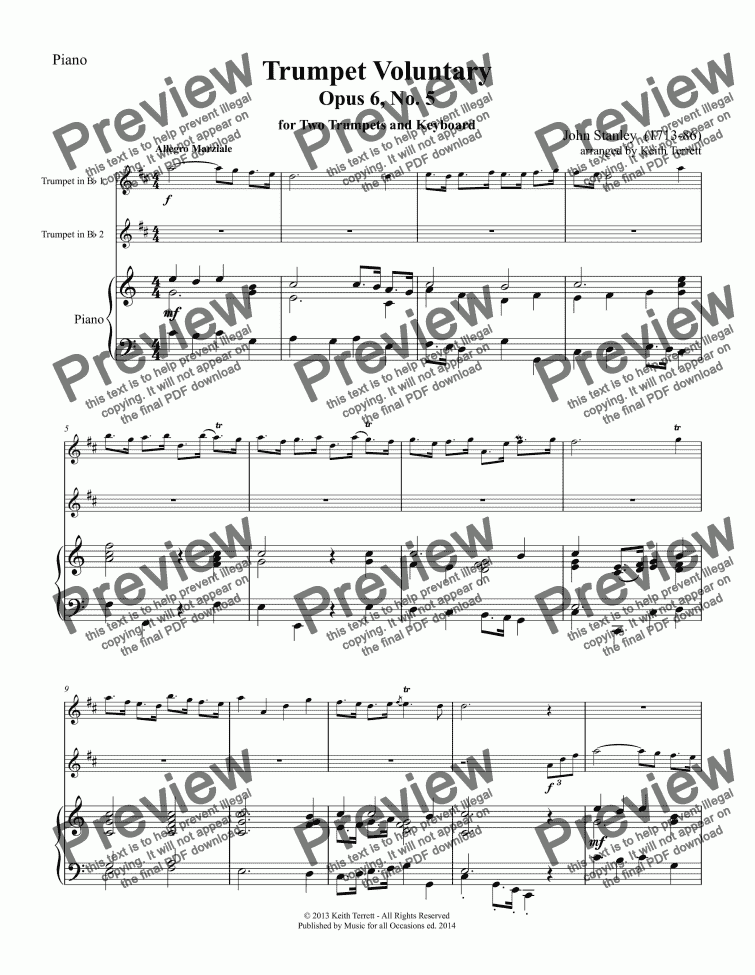 Stanley’s Trumpet Voluntary arranged for two Bb Trumpets and Piano, in a lower tessitura and key than the pro - version.

Try replacing the Piano with a Harpsichord for a more authentic feel.

If you need a different transposition for your trumpet part, e-mail me your requirements, and I will up-load parts within 24hrs:keithterrett@gmail.com

If you are in a hurry, I can arrange to e-mail you a set of PDf parts.